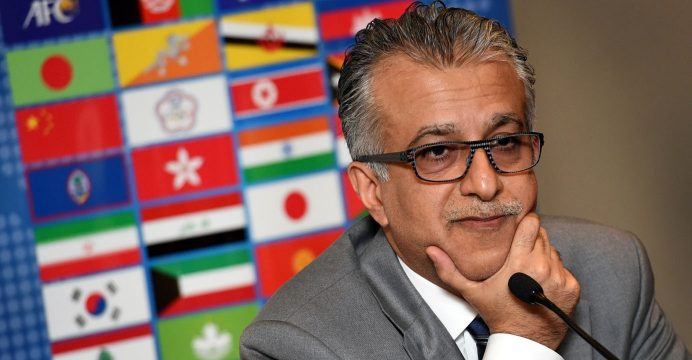 Asia’s top soccer officials delivered a major snub to FIFA on Tuesday, forcing the postponement of an election for three spots on the world body’s new governing Council in a row over the disqualification of a Qatari candidate.

With FIFA President Gianni Infantino watching on, delegates to an Asian Football Confederation extraordinary congress in Goa, called to conduct the election, voted down the agenda, reports Reuters.

World governing body FIFA banned Qatari Saoud Al-Mohannadi from the election on Sunday because of an ongoing ethics investigation, leaving insufficient time for new candidates to join the six remaining in the field.

“There were a lot of people who hoped to file their own nominations,” Praful Patel, AFC vice president and president of the All India Football Federation, told reporters.

“Whether somebody was barred or banned, I wish this process had been done earlier. The others could have also had the opportunity to stand and that’s why it got cancelled.”

Forty two of the 44 members who had voting rights at Tuesday’s meeting raised a “No” card when AFC President Shaikh Salman bin Ebrahim Al Khalifa called for the agenda of the meeting to be passed.

“This is probably the shortest congress I have ever chaired. The message is clear,” Shaikh Salman said less than half an hour after the meeting was opened.

“I declare the AFC congress closed.”

The AFC will set a new date for an extraordinary congress in consultation with FIFA, AFC secretary general Windsor John said.

FIFA had set a Sept. 30 deadline for elections to the Council, which replaces the Executive Committee under reforms instituted in the wake of the corruption scandal which has engulfed soccer’s world governing body over the last 16 months.

“I think it’s democracy and we need to look forwards anyway,” Infantino told Reuters. “There’s still a lot of work ahead.”

Al-Mohannadi, a vice-president of the Qatar Football Association who denies any wrongdoing, was one of the favourites to win a seat on the new body and had cleared the necessary FIFA integrity check.

A FIFA ethics investigator last month recommended Al-Mohannadi be banned from the game for at least two-and-a-half years for refusing to cooperate with an inquiry.

FIFA did not give details on the subject of the investigation but said it was not related to the 2022 FIFA World Cup, to be hosted by Qatar.