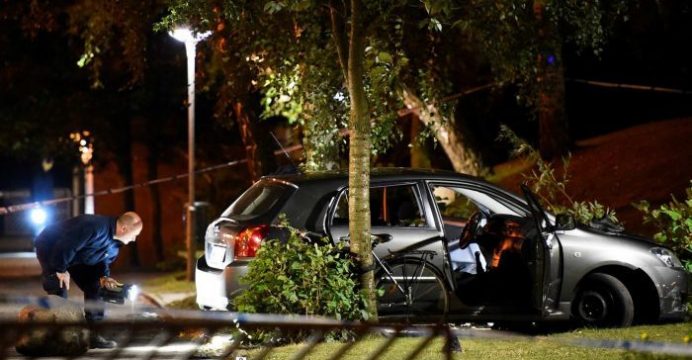 Four men were injured, one critically, on late Sunday in the centre of Sweden’s southern city of Malmo, in what police said appeared to be a targeted attack by gunmen riding scooters.

The shooting broke out shortly before 7pm (1700 GMT) in a street in the southern city’s Fosie district. Police in the area evacuated one of the wounded to the city hospital, reports BSS.

“The three other injured were able to make their own way to the hospital,” the police said in a statement. 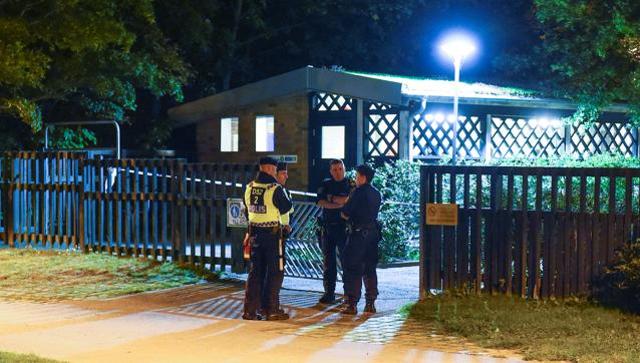 Police investigate the scene after the shooting in Malmo

According to witnesses interviewed by the SydSvenskan newspaper, local residents were able to take the injured to hospital in their cars before emergency services arrived.

“The attackers were able to flee on scooters. An inquiry has been opened for attempted murder. No suspect has been apprehended,” the police statement said.

Multiple eyewitnesses told Swedish media that there had been a car chase, with the four victims in one vehicle and two scooters pursuing them.

The car ended up ramming into a tree before multiple individuals on the scooters, who all had their faces covered, opened fire on the vehicle, shooting off some twenty rounds, local media reported.

“They were firing automatic weapons,” one eyewitness said.

One of the victims was hit in the head and remains in critical condition. While Sweden is generally a peaceful, safe country with low crime rates, police have had difficulty addressing violence in poorer neighbourhoods in Stockholm, Gothenburg, and Malmo.

In recent years, there have been grenade attacks, shootings, and incidents of car arson. At the end of August, an eight-year-old child was killed when a grenade was thrown into the apartment where he was sleeping.

One of the people registered at the address was a person who had been convicted of murder in a settling of scores between members of the Somali community in Gothenburg, police said at the time.