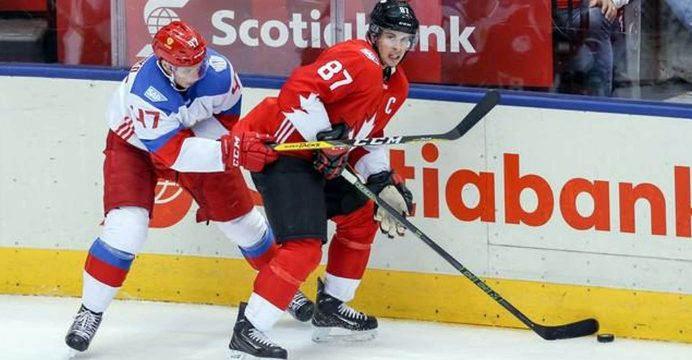 Canada needed three third-period goals to break open a showdown with Russia and reach the World Cup of Hockey final with a 5-3 victory on Saturday – the latest installment in the storied rivalry between the two nations.

Canada struck three times in the opening 10 minutes of the final period to break a 2-2 deadlock before holding the explosive Russian offense largely in check the rest of the way and set up a title decider against Sweden or Team Europe, reports Reuters.

“I get pretty excited when it’s Canada versus Russia whether playing in (tonight’s) game or if it’s the world juniors, any type of hockey game,” said Canadian captain Sidney Crosby, who finished the game with a goal and two assists.

“History has provided us with some great games, it’s exciting as a Canadian hockey player playing against Russia.”

The highly-anticipated clash between the two nations was their first in a best-on-best tournament since Canada dominated a quarter-finals showdown at the 2010 Vancouver Olympics. 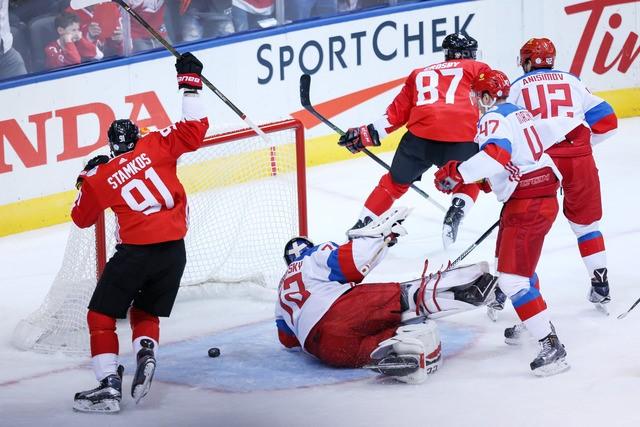 The victory sent them through to a best-of-three final starting on Tuesday against the winner of Sunday’s semi-final between Group B winner Sweden and Group A runner-up Team Europe, a mix of players from eight countries.

The host nation opened the scoring about eight minutes into the game on a superb individual effort from Crosby, who took the puck from Dmitry Kulikov and skated across the front of the Russian net before sending a backhand shot over goalie Sergei Bobrovsky.

Canada dominated the first period and could have easily been ahead by more if not for the superb play of Bobrovsky, who stoned a number of wide open Canadian shooters.

Russia, who needed to beat winless Finland in their last group stage contest just to reach the semis, came to life early in the second period when Nikita Kucherov used a terrific shot to beat Canadian goalie Carey Price on a 2-on-1 break.

The Russians pulled ahead on just their 12th shot of the game with about three minutes left in the period when Evgeny Kuznetsov batted the puck out of the air from the edge of the Canadian crease to silence a stunned home crowd.

Canada responded 72 seconds later, though, with Brad Marchand sending a beautiful feed from Crosby into the Russian net. The period ended with both teams engaged in some pushing and shoving along the end boards.

Marchand gave Canada some breathing room 76 seconds into the third period when he took a pass from Crosby and beat Bobrovsky on the glove side for his second goal of the game.

Corey Perry and John Tavares also scored for Canada before the final period reached its midway point to take the wind out of the sails of a Russian squad that once again fell short in a best-on-best multi-national tournament.

Russia’s Artemi Panarin got one back with nine seconds to play but that was of little solace to a Russian team that came into this tournament with one of the most lethal offenses.

“It was close but not close enough,” said Russian captain Alex Ovechkin.

“We tried to use our speed, they have a lot of talented guys. It’s hard, everybody knew we could beat them. Everybody had that feeling in the locker room.”