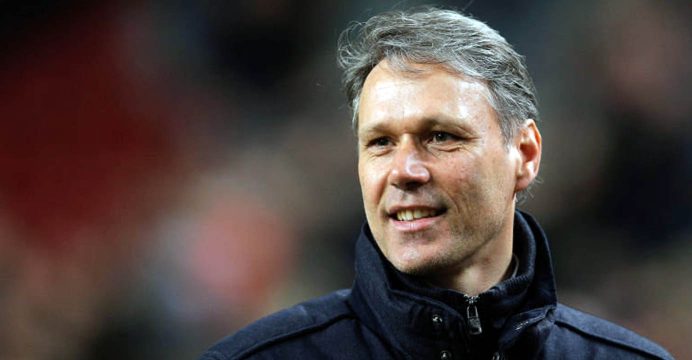 FIFA named Marco van Basten as their chief officer for technical development on Friday, with president Gianni Infantino tasking the 1992 World Player of the Year to help “protect” the sport.

In his new role, which he will start next week, the Dutchman will head up all technical areas from football technology innovation to refereeing, reports Reuters.

“Marco van Basten is football,” said Infantino in a statement.

“Discussing with him the last few months and hearing his visions for the game, knowing of course what he has done for the game, for me it was immediately clear that Marco van Basten is a fantastic asset for FIFA, for the whole technical area of FIFA.

“We have to cherish football, we have to protect football and develop football. Marco is a great expert, not only a legend. There is a lot he can do for football, for the game and around the pitch in the world.”

He had said last month that he had agreed with Dutch coach Danny Blind to stay on as assistant until the end of the year.