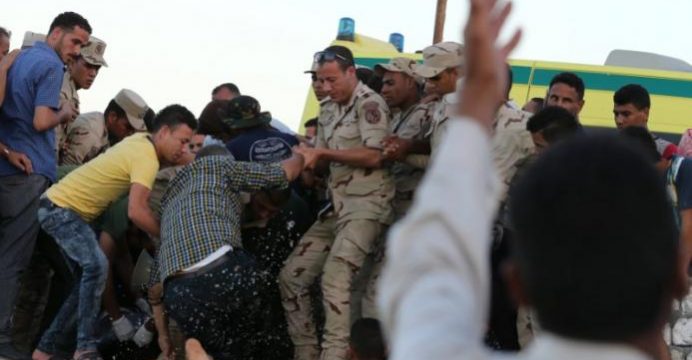 At least 133 bodies had been recovered by Friday from a boat carrying hundreds of migrants that capsized off Egypt two days earlier, Egyptian officials said.

The boat sank off Burg Rashed, a coastal village in the Nile Delta. Rescue workers and fishermen said they had rescued at least 169 people, but confusion remained over how many might still be missing, reports Reuters.

Health Ministry spokesman Khaled Megahed said 133 bodies had been retrieved from the Mediterranean, while Mohamed Sultan, governor of the Beheira region, said 148 had been recovered. 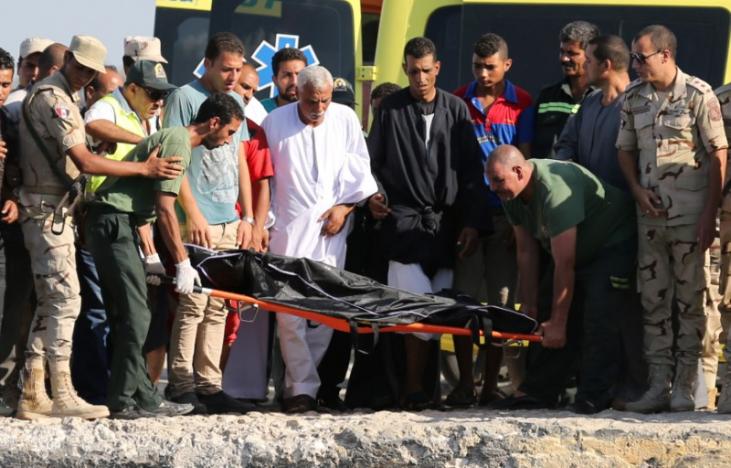 Rescue workers carry the body of a victim on a stretcher after a boat carrying migrants capsized off Egypt’s coast, in Al-Beheira, Egypt

Security sources said there had been almost 600 migrants aboard the boat. However, a survivor whose comments appeared in a video posted online said the migrants had been told that about 200 people would be on board, but that the smugglers had then added another 50, causing the boat to founder.

Officials said the boat was carrying Egyptian, Sudanese, Eritrean and Somali migrants, and that they believed it was heading for Italy. Four members of the crew were arrested.

The International Organization for Migration says that more than 3,200 migrants have died while attempting to cross the Mediterranean this year, while an estimated 298,474 have reached European shores.