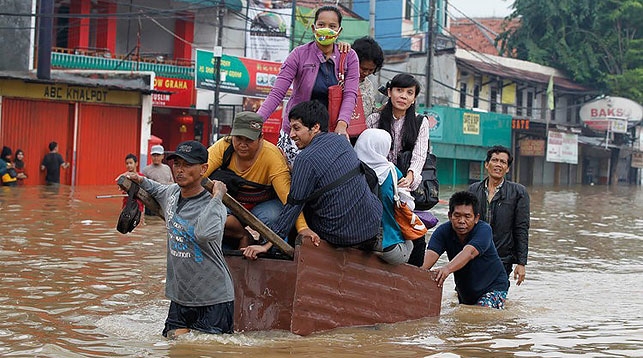 27 bodies recovered, 22 missing after flashfloods and landslides struck in Indonesia

Rescuers have recovered 27 bodies and are searching for 22 missing persons after flash floods and landslides struck West Java province in western Indonesia on Wednesday and Tuesday, a spokesman for the national disaster agency said on Friday.

A total of 1,600 personnel, comprising soldiers, police and those from local search and rescue office, disaster agency office and Red Cross are taking part in the search and rescue operation for affected people, Sutopo told Xinhua via phone.

One helicopter is combing the areas along the two rivers, whose waters overflowed banks after heavy downpours earlier on Wednesday to find the victims, he added.

In Sumedang district, three people were killed and another was rescued alive after landslides hit the area on Tuesday, Ridwan Sunaria, secretary at the provincial disaster agency, told Xinhua via phone. Indonesia is frequently hit by floods and landslides during heavy rains.