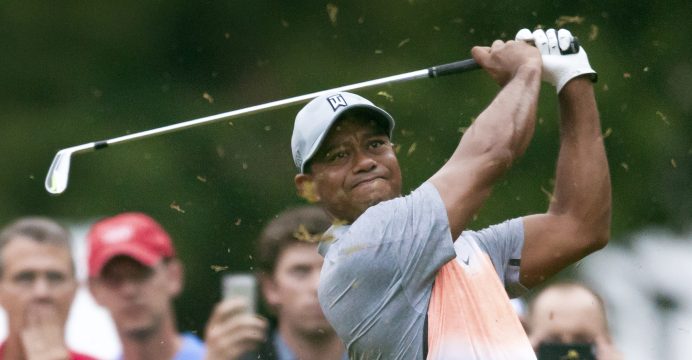 Europe’s Lee Westwood believes Tiger Woods could have an adverse effect on America’s Ryder Cup chances after the 14-time major winner was named as a vice-captain on the U.S. team.

Woods has not played competitive golf since the Wyndham championship in August 2015, and has been sidelined for much of the past year while recovering from multiple back surgeries ,reports Reuters.

The former world number one was recruited by U.S. captain Davis Love III as a team tactician for next week’s event but Westwood, a wildcard pick for Europe, said he was not convinced Woods’ presence would have the desired impact.

“I don’t know what impact there will be from having Tiger around,” Westwood told ESPN.com.

“They have always struggled to find a partner for Tiger that’s been successful. He could have an adverse effect in the team room. People have always seemed to try to do too much when they have partnered him.

“It might be different if he’s one of the vice-captains, you don’t know.”

Europe, fielding six rookies in Minnesota, will be gunning for an unprecedented fourth consecutive Ryder Cup victory next week, and Westwood expects the pressure to be firmly on the hosts to deliver.

“They have got a strong side and probably are favorites, but they haven’t won it for a while and they are playing in front of a home crowd.

“There is a lot of pressure on them. That is going to keep building in the next week or so and by the time the Ryder Cup comes around, it is going to be pretty intense for them.”

“There seem to have been issues about team spirit and chemistry. Love has not picked Bubba Watson and I don’t know what that does for team spirit; he was first outside the points qualification and is No. 7 in the world.”

The Ryder Cup begins at the Hazeltine National Golf Club on Sept. 30.