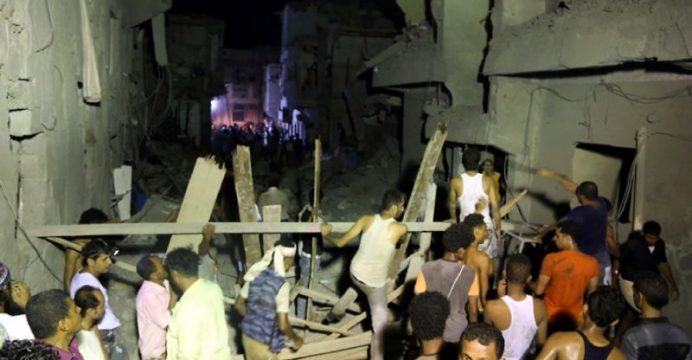 Saudi-led air strikes killed 20 civilians in the rebel-held Yemeni port city of Hodeida on late Wednesday just hours after the rebels celebrated the second anniversary of their seizure of the capital, a government official said.

The raids hit the Suq al-Hunod district of the Red Sea port, the official in the government of President Abedrabbo Mansour Hadi which is supported by the Saudi-led coalition told reporters.

The strikes were also reported by the rebel administration in the capital Sanaa, which reported civilian casualties without giving a specific toll, reports BSS.

The loyalist official said the residential neighbourhood was “probably hit in error.” 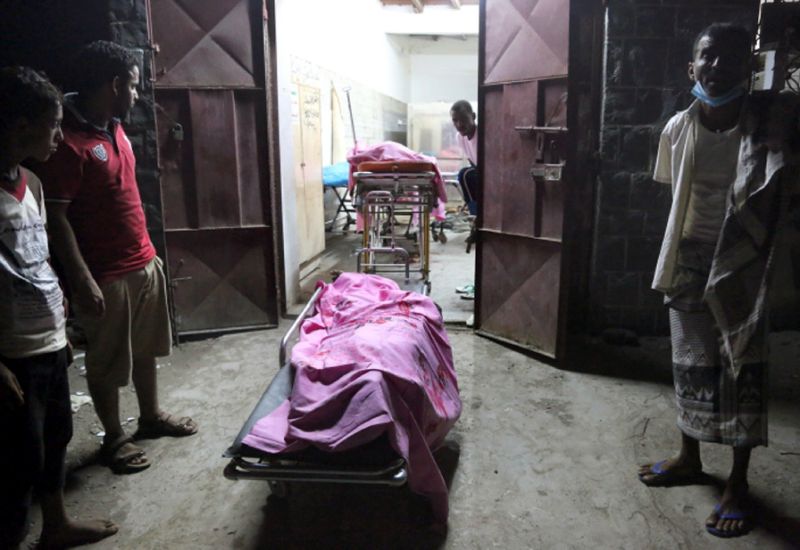 The bodies of Yemeni victims of Saudi-led air strikes lie in a morgue in the rebel-held Yemeni port city of Hodeida late on September 21, 2016

He said the presidential palace in Hodeida was also hit. Dr Khaled Suhail of Hodeida’s Al-Thawra hospital said his facility alone received 12 dead and 30 wounded from the strikes.

The Saudi-led coalition has been repeatedly criticised for the high civilian death toll from its 18-month-old bombing campaign in support of Hadi’s government.

More than 6,600 people have been killed since the intervention began, the majority of them civilians, according to the United Nations.

The intervention has pushed the rebels out of much of the south, but they remain in control of nearly all of Yemen’s Red Sea coast as well as the capital Sanaa and much of the central and northern highlands.