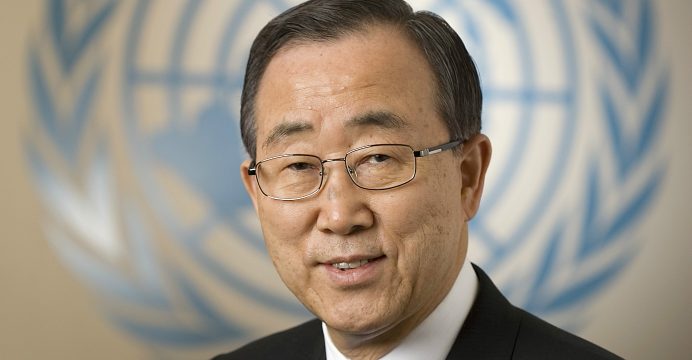 UN Secretary-General Ban Ki-moon opened the annual General Assembly debate on Tuesday with a call to end the fighting in Syria as he condemned the “sickening, savage” attack on an aid convoy.

“I appeal to all those with influence to end the fighting and get talks started,” Ban said in his farewell address.

The former South Korean foreign minister is stepping down on December 31 after 10 years in what has been widely described as the world’s most impossible job. Now in its sixth year with over 300,000 dead, the war in Syria is dominating this year’s gathering of world leaders, reports BSS. 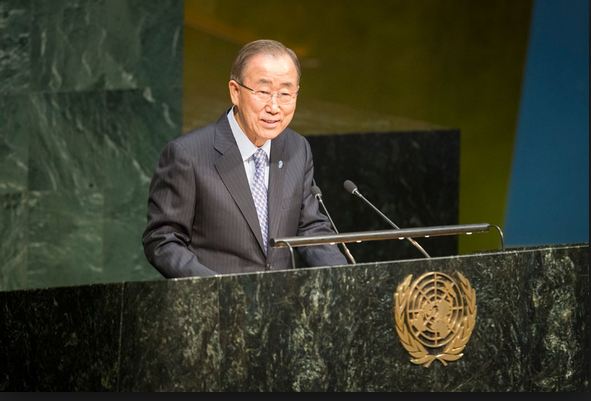 Ban denounced the “sickening, savage and apparently deliberate attack” on an aid convoy and confirmed that the United Nations had suspended deliveries of humanitarian assistance.

“Just when you think it cannot get any worse, the bar of depravity sinks lower,” he added.

The UN chief hailed the aid workers on the convoy to Aleppo province as “heroes” and said “those who bombed them were cowards” before calling for accountability for crimes committed in the war.

Ban blamed all sides for killing innocent people, but “none more so than the government of Syria, which continues to barrel bomb neighborhoods and systematically torture thousands of detainees.”

He took a swipe at “powerful patrons” who are fueling the conflict and attending the General Assembly debate this week in New York.

“Present in this hall today are representatives of governments that have ignored, facilitated, funded, participated in or even planned and carried out atrocities inflicted by all sides of he Syria conflict against Syrian civilians”, he said.