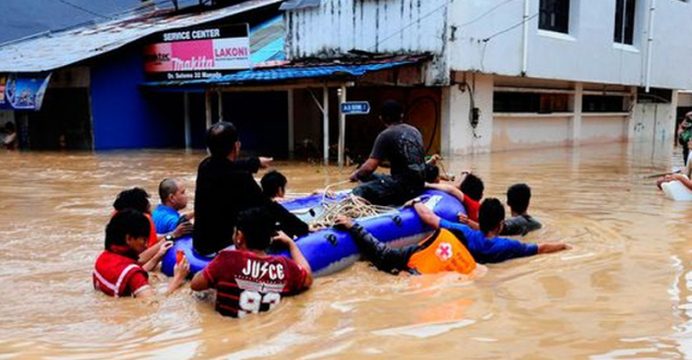 10 people died in flash flooding and landslides in Indonesia﻿

Ten people have been killed in flash flooding and landslides in Indonesia, an official said on Wednesday, with a search ongoing for three others still missing in the disasters on Java island.

He said preliminary data from the local disaster agency in Garut showed “eight people died and one person is still missing” after a river burst its banks.

Thirty others were injured in the district, four seriously, while hundreds were forced to abandon their homes as the water rose, he added. 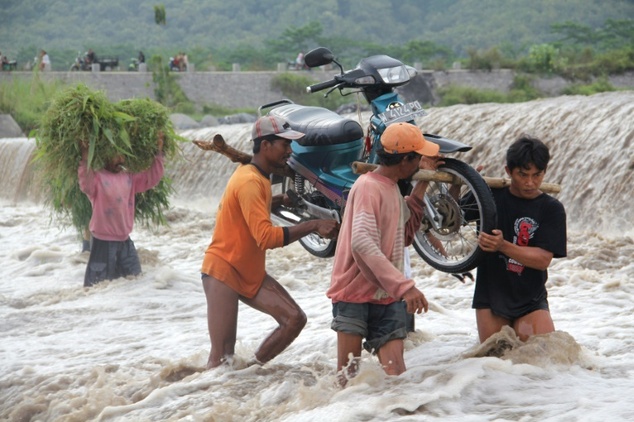 Landslides and flooding are common in Indonesia, a vast tropical archipelago prone to natural disasters and torrential downpours

Emergency shelters and temporary kitchens have been set up to assist those made homeless by the disaster. Elsewhere in West Java heavy downpours caused landslides in Sumedang regency, killing two people and burying a suspected two others under an avalanche of mud and rock.

“The search for them continues,” Sutopo said.

Landslides and flooding are common in Indonesia, a vast tropical archipelago prone to natural disasters and torrential downpours.

The country’s disaster agency has warned people to be alert for disasters this wet season as a La Nina weather phenomenon threatens unseasonably heavy rain.