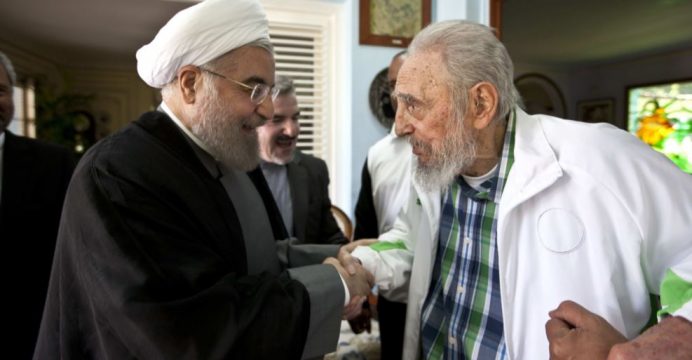 Iranian President Hassan Rouhani arrived in Cuba on Monday where he met with his counterpart, Raul Castro, and the Cuban president’s older brother and predecessor, Fidel Castro.

Rouhani had said ahead of the one-day visit that he wanted to stop in Cuba, a “friendly and revolutionary country,” on his way to the United Nations General Assembly in New York, reports BSS.

The visit follows one in August by Iranian Foreign Minister Mohammad Javad Zarif, who said Iran sees this as “a very opportune moment” to reinforce its ties with the communist island. 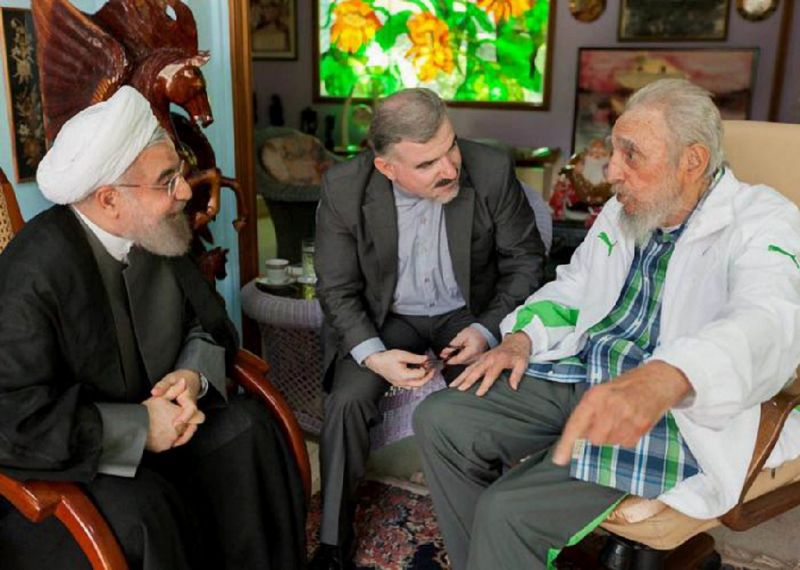 Officials are due to sign a series of deals, expected to include one on energy. Cuba is keen for oil as its key supplier, Venezuela, has dramatically cut its once generous discount sales amid an economic crisis.

United mainly by their shared history of enmity with the United States, Iran and Cuba often back each other in the international arena. Tehran has vocally condemned the US embargo on Cuba, and Havana has supported Iran’s right to a civilian nuclear program.

The Castro regime’s resentment over the more than five-decade embargo, which remains in place, is still strong despite the renewal of diplomatic ties with Washington last year.