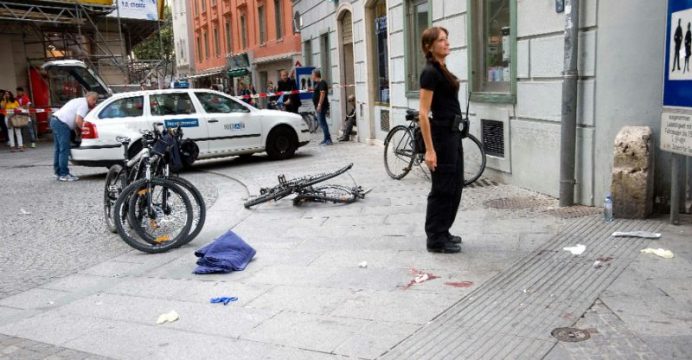 An Austrian man went on trial on Tuesday accused of driving his 4×4 at high speed down a crowded pedestrian street in the city of Graz last year, killing three people including a four-year-old.

The defendant, named only as Alen R. and dressed all in white, told the court in the southern city that he thought he was being chased, had heard gunshots and that his car had mechanical problems, reports BSS.

“I didn’t want to run anyone over, I just wanted to get away so that I didn’t get shot,” the 27-year-old told the court. “I felt like I was being chased.”

Prosecutors are not pushing for murder charges but want to send the accused to a mental institution. A trial jury is now tasked with deciding whether the father-of-two lorry driver was sound of mind at the time of the incident. Two psychological reports have concluded he was not criminally responsible, while a third said he was.

Public prosecutor Rudolf Fauler told the trial that the man sped down Herrengasse in central Graz, busy with Saturday afternoon shoppers, on June 20, 2015 at up to 80 kilometres (50 miles) per hour.

The four-year-old boy hit by the vehicle died at the scene as did a woman, 24 and a man, 28. More than 100 others were injured. The defendant also allegedly attacked a couple with a knife. Police last year quickly ruled out “terrorism” as a motive.