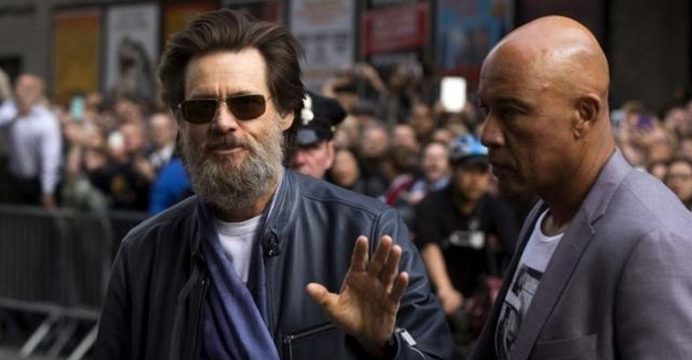 The husband of Jim Carrey’s former girlfriend sued the actor on Monday, accusing him of illegally supplying Cathriona White with prescription drugs that resulted in her death.

Carrey called the wrongful death lawsuit “a terrible shame,” in a statement, adding “there are some moments in life when you have to stand up and defend your honor against the evil in this world.”

White, 30, an Irish-born makeup artist, was found dead in her Los Angeles apartment in September 2015, in an apparent suicide.

Carey’s statement also said: “I will not tolerate this heartless attempt to exploit me or the woman I loved. Cat’s troubles were born long before I met her and sadly her tragic end was beyond anyone’s control. I really hope that some day soon people will stop trying to profit from this and let her rest in peace.”

Celebrity news website TMZ had said at the time of White’s death that she and Carrey had an on-and-off romance and had broken up the week before her death. Burton’s lawsuit said White was “engaged in a sexual relationship with Carrey” at the time of her death.

Carrey had previously called White “my sweet Cathriona” in a statement following her death, adding “She was a truly kind and delicate Irish flower, too sensitive for this soil.”

In his lawsuit, Burton alleged that Carrey obtained the prescription drugs Percocet, Ambien and Propranolol under the name of “Arthur King” and gave them to White even though he knew she was “prone to depression” and “had previously attempted to take her own life.”

Burton, who is seeking a jury trial, also said Carrey had made “an effort to cover-up his conduct and complicity in her death” by saying White may have taken the drugs from him without his knowledge.

He added that the actor never made good on his offer to pay for White’s funeral expenses, despite “considerable efforts to publicize his supposed generosity as it related to the death of White.”

Carrey, slapstick star of comedy movies including “Dumb and Dumber,” “Ace Ventura: Pet Detective” and “Bruce Almighty,” ended a five-year relationship with actress Jenny McCarthy in 2010. He has two previous marriages that ended in divorce.