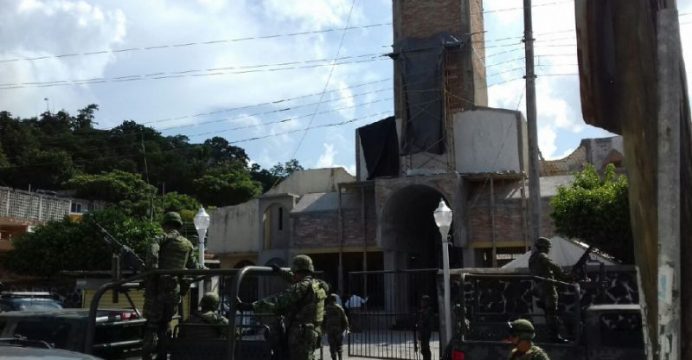 2 priests found dead in Mexico after being kidnapped

Two priests were found dead in eastern Mexico on Monday hours after they were kidnapped from their church, raising the number of Catholic clergymen killed in the country to 14 since 2012.

The priests were abducted by gunmen on Sunday from the church in Poza Rica, in the crime-plagued state of Veracruz, said Father Jose Alberto Guerrero, a local spokesman for the bishops’ conference in Teziutlan, Puebla state, where the victims were based, reports BSS.

“They took the two priests by force as well as a sacristan,” Guerrero told reporters.

The sacristan managed to escape but the priests were found with bullet wounds, their bodies dumped among high grass on a roadside in the municipality of Papantla, close to where they were kidnapped, the spokesman said.

The Mexican Episcopal Conference expressed its “pain and outrage over the violence” against the priests in the world’s second-biggest Roman Catholic country after Brazil.

“We hope the authorities will clear up these incidents and apply justice against those responsible,” the conference said in a statement.

The Veracruz prosecutor’s office issued a statement later Monday saying it had identified a suspect in connection with the murders, but it did not indicate whether an arrest was made or a possible motive.

The Catholic Multimedia Center, which monitors attacks against clergymen, said the deaths mean that 14 priests, one seminarian, and one sacristan have been killed since President Enrique Pena Nieto took office in December 2012. Two other priests remain missing.

In 2013, two priests were beaten to death by thieves inside a church in Ixhuatlan de Madero, another town in Veracruz. Oil-rich Veracruz has been the scene of bloody turf wars between the Zetas and Jalisco New Generation drug cartels.

During his visit to Mexico in February, Pope Francis urged priests, nuns, and seminarians not to give up in the face of violence, drug trafficking and corruption.

“What temptation can come to us from places often dominated by violence, corruption, drug trafficking, disregard for human dignity, and indifference in the face of suffering and vulnerability?” the pope asked.

“Faced with this reality, the devil can overcome us with one of his favorite weapons: resignation.”