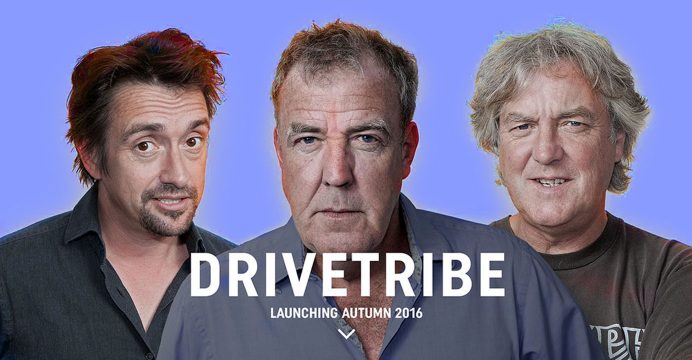 DRIVETRIBE is next generation of digital media, using disruptive technology to redefine what content is, how it is created, and how it is connected with audiences, Which was co-founded by Jeremy Clarkson, Richard Hammond, James May, Andy Wilman and Ernesto Schmitt in late 2015.

Less than three weeks after the announcement of its Series A funding, led by Breyer Capital and Atomico, DRIVETRIBE has secured further support for its launch with a $6.5M investment by 21st Century Fox.

DRIVETRIBE, which expects to launch in November 2016 as the world’s digital hub for motoring, is an ambitious play on the next generation of digital media. The platform combines disruptive technology around content creation and distribution, and purposefully blurs the traditional demarcation between storyteller and audience through the use of “tribes” as community-augmented channels.

DRIVETRIBE relies on a highly advanced technology stack that tailors content to individual users, optimizes it for engagement, and publishes it seamlessly into social timelines.

“21st Century Fox are a world-leading media business with a track record of extraordinary savviness and innovation,” said Ernesto Schmitt, Chief Executive Officer of DRIVETRIBE. “It’s extremely pleasing to have 21CF take note of our venture, and we look forward to working with them on redefining how audiences discover and engage with content, through the use of technology and community.”

“We saw the DRIVETRIBE platform and we were blown away by its ingenuity,” said Peter Rice, CEO of FOX Networks Group. “We’re excited to collaborate with the DRIVETRIBE team on this new approach to digital content and to help them expand their business on a worldwide basis.”