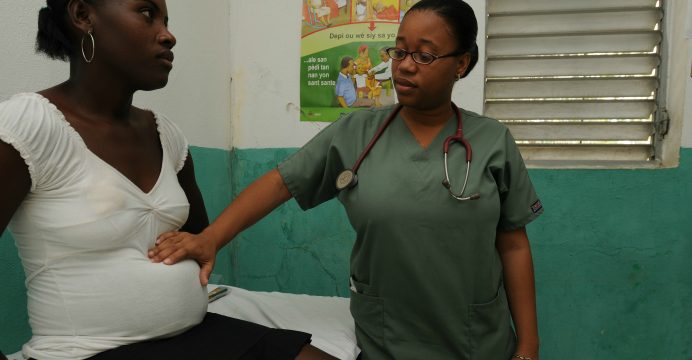 Each year, about 210 million women become pregnant and about 140 million newborn babies are delivered. While progress has been made in reducing maternal mortality globally, differences remain at international and national levels. The gap between the groups of countries with the lowest and highest rates of maternal mortality has doubled between 1990 and 2013.

Ahead of the UN General Assembly, The Lancet publishes a new Series on Maternal Health. Six papers cover the epidemiology of maternal health, the current landscape of maternal health care and services in both high and low-income countries, and future challenges and strategies to improve maternal well-being.

“In all countries, the burden of maternal mortality falls disproportionately on the most vulnerable groups of women. This reality presents a challenge to the rapid catch-up required to achieve the underlying aim of the Sustainable Development Goals (SDGs) – “to leave no one behind””, says Series author Professor Wendy Graham, London School of Hygiene & Tropical Medicine, London, UK.

Approximately one-quarter of newborns worldwide are delivered in the absence of a skilled birth attendant, and while an increasing number of mothers are using birth facilities, the quality of care varies widely. Two broad scenarios describe the landscape of poor maternal health care – the absence of timely access to quality care and the over-medicalisation of normal antenatal, intrapartum, and postnatal care.

The problem of over-medicalisation has historically been associated with high-income countries, but it is rapidly becoming more common in low and middle-income countries, increasing health costs and the risk of harm. For instance, 40.5% of all births are now by caesarean section in Latin America and the Caribbean.

Additionally, many birth facilities lack basic resources such as water, sanitation, and electricity. The authors warn that measuring progress via that the current indicator of skilled birth attendant coverage is insufficient and fails to reflect the complexity of circumstances.

“It is unethical to encourage women to give birth in places with low facility capability, no referral mechanism, with unskilled providers, or where the content of care is not evidence-based. This failing should be remedied as a matter of priority,” adds Series author, Professor Oona Campbell, London School of Hygiene & Tropical Medicine.

The majority of births in high-income countries take place in hospitals and the vast majority of newborns are delivered by a skilled birth attendant. However, the authors warn that not all care is evidence based, and improved surveillance is needed to understand the causes of maternal deaths when they do occur.

Additionally, they point to new challenges in delivering high quality care including the increasing age of pregnancy, and higher rates of obesity.

The authors of the Series identify five key priorities that require immediate attention in order to achieve the SDG global target of a maternal mortality ratio of less than 70 per 100,000 live births.