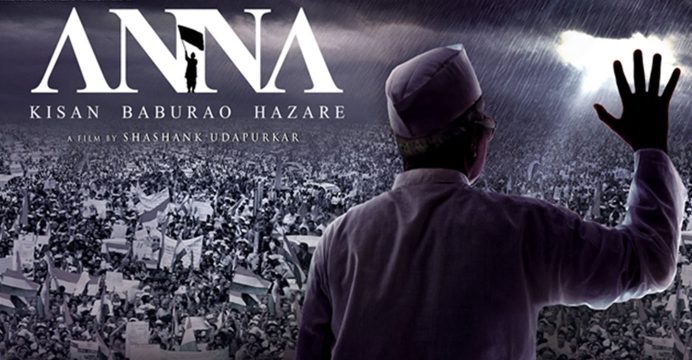 Official Teaser of the biopic ‘Anna’

From a fearless solider, a hard working farmer to a social revolutionary, Anna Hazare is a symbol of hope for one and all! The makers of Anna officially launched the teaser today and it is truly inspiring!

Based on the life of social activist Anna Hazare, the teaser showcases glimpses of this maverick personality essayed by actor Shashank Udapurkar. Not only does he look the part, but his mannerisms are exactly like the real life Anna.

Tanishaa Mukerji’s narration only adds to the anticipation of this hard hitting film.

ANNA is a biographical film directed by Shashank Udapurkar.

Presented by The Rise Pictures Pvt. Ltd. and produced by Manindra Jain, the film is based on the life of Indian social activist ‘Kisan Baburao “Anna” Hazare’ starring Shashank Udapurkar in the lead. Zee Music holds the music rights and Sony Pictures will be distributing the film.