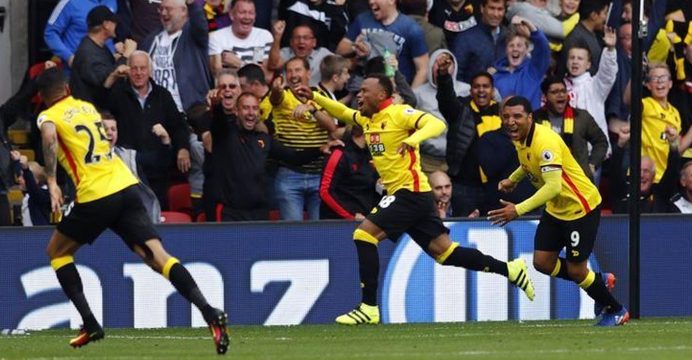 Goals from Etienne Capoue, Juan Zuniga and a stoppage time penalty from Troy Deeney overwhelmed the visitors, who had levelled with a solitary strike from Marcus Rashford, in Sunday’s big match.

It was the first time Watford had beaten United since 1986.

The Premier League said it was also the first time Mourinho had lost three consecutive games as a manager since 2006.

Although the ‘Special One’ did suffer three successive defeats at Chelsea in 2015, before he was sacked by the Londoners, one of those was on penalties after a draw in the Capital One (League) Cup.

For all their possession, United were unsettled by Watford’s harrying game and went behind on 32 minutes after Anthony Martial, still groggy from an earlier clash of heads, was robbed by Miguel Britos.

Daryl Janmaat picked up the ball and crossed for Capoue to fire his fourth goal of the season. 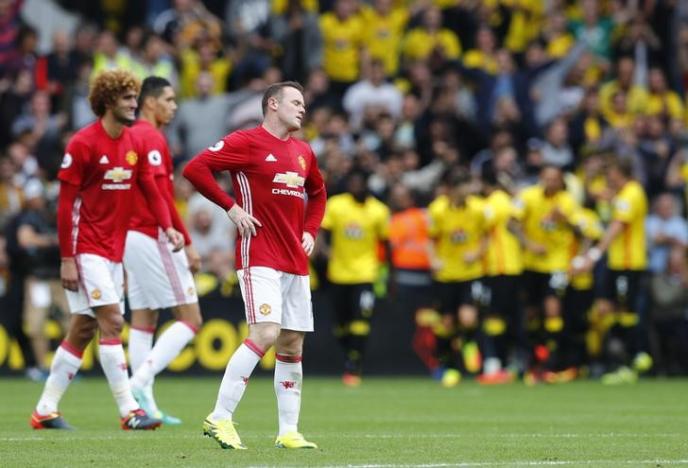 Mourinho said his expensively-assembled team had to improve but also suggested the referee should have blown for a foul in the lead-up to the goal.

“It was an obvious situation but it is something I cannot control. I cannot improve the referees or officials and luck will arrive when she wants to. But, yes, individual performances have to improve,” the Portuguese told reporters.

United lost the derby to Manchester City last weekend and were then beaten by Feyenoord in their midweek Europa League clash.

A half-time switch, which pushed Wayne Rooney further forward, settled United and they equalised on 62 minutes when Rashford scrambled the ball home after his header bounced back to him off a defender.

Watford keeper Heurelho Gomes denied Zlatan Ibrahimovic with a flying save but United always looked vulnerable and Zuniga scored from a cutback by Roberto Pereyra less than a minute after coming on.

Zuniga was then brought down by Marouane Fellaini inside the area late on to allow Deeney to score from the spot.