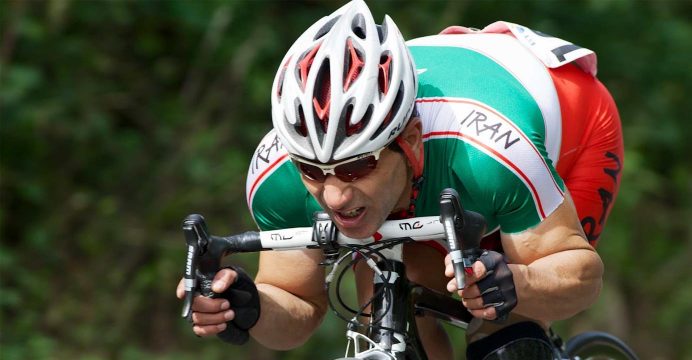 An Iranian Paralympic cyclist died Saturday after an accident in the road race on the penultimate day of the Rio Games, a Paralympic official said.

Bahman Golbarnezhad, 48, fell during the event and died of his injuries despite an attempt to take him to hospital for treatment, officials said.

Golbarnezhad’s accident occurred during the more than two-hour C4-5 road race for athletes with varying disabilities but still able to bicycle.

He was in the first section of a mountainous descent when he fell.

“The athlete received treatment at the scene and was in the process of being taken to the athlete hospital when he suffered a cardiac arrest,” the IPC said in a statement.

“The ambulance then diverted to the nearby Unimed Rio Hospital in Barra where he passed away soon after arrival.”

Iranian Paralympic officials did not immediately respond to a request for comment.

The British Paralympic team tweeted: “We are devastated by the news of Bahman Golbarnezhad’s passing. Our thoughts are with our friends and colleagues from NPC Iran.”