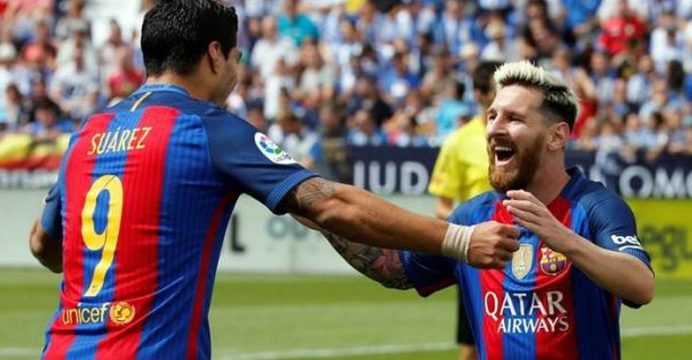 Barcelona’s attacking trio of Lionel Messi, Luis Suarez and Neymar were all on target as the champions roared back into life in La Liga with a dominant 5-1 victory at promoted Leganes on Saturday.

Messi sidefooted in a simple cross from Suarez to strike the opening goal after 15 minutes and returned the favour for the Uruguayan to nudge in the second in the 31st, reports Reuters. 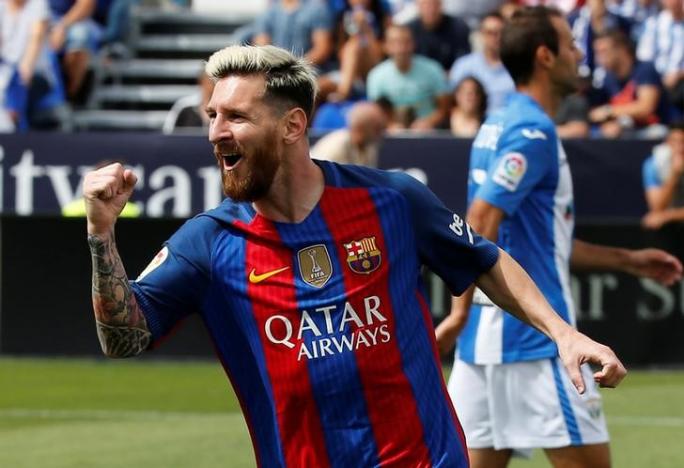 Neymar stretched Barca’s lead to three goals on the stroke of half-time, tapping in another lay off from Suarez, before Messi got his second from the penalty spot 10 minutes into the second half.

Rafinha rounded off the most comfortable of Barca victories with a curled finish in the 64th, although Gabriel Appelt salvaged a goal for the Madrid minnows in the 80th with a free-kick whipped into the top corner.

Barcelona, beaten 2-1 by newcomers Alaves last weekend in their first loss at the Nou Camp since April 17, now have nine points from their first four La Liga games.

They join Real, who can go clear again when they play at Espanyol on Sunday, at the league’s summit.

“This is an important victory against a team that we knew would cause us problems in bringing the ball out. We exploited the space well and we were very active from the start,” said Luis Enrique. 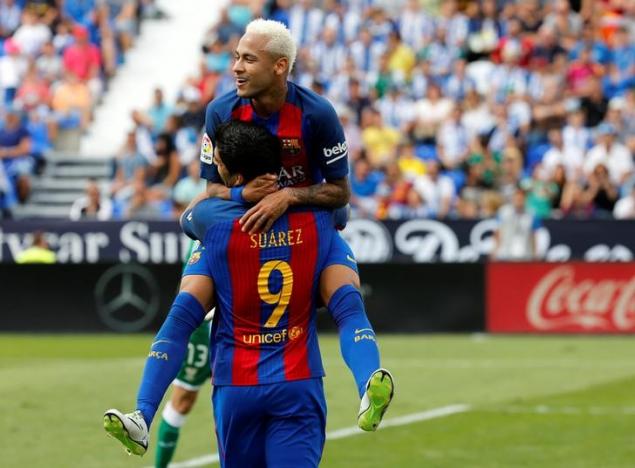 After squad rotations backfired against Alaves, Luis Enrique picked a similar team to the one that battered Celtic 7-0 in the Champions League on Tuesday in Barca’s biggest ever win in European soccer’s top competition.

The coach made three changes, bringing back captain Andres Iniesta and resting Sergi Roberto and Sergio Busquets in favour of Rafinha and Javier Mascherano, who was deployed in an unusual floating role between right back and central midfield.

Barca played with a back three when in possession, switching to a 4-4-2 shape without the ball.