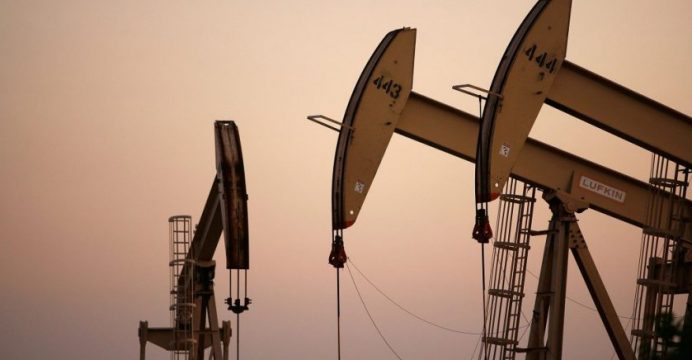 Oil prices edged up after tanking the previous day

Oil prices edged up after tanking the previous day but the gains were limited following fresh US stockpiles data and the prospect of a boost in Libyan output, reports BSS.

Later in the day, Libya’s National Oil Corporation said it would double production within four weeks after it was handed control of crucial ports that had been seized by forces loyal to the country’s rival administration.

Libya has Africa’s largest oil reserves. The news fanned long-running worries about a global supply glut and overproduction that has hammered prices for more than two years.

“Brent and WTI futures duly responded by heading south at a rapid rate of knots, making crude the ugliest horse in the glue factory in a tough week for investors.”

He said floor support for WTI is at $42.50 and Brent at $45.00 “although it must be said (that) neither of the duo are respecting technical levels at the moment”.

EY oil and gas analyst Sanjeev Gupta said a meeting of OPEC and Russia in Algeria later this month, and further developments in Libya will be key influences on prices.

The Algeria meeting is expected to tackle the supply glut although many analysts remain doubtful that a deal can be reached to freeze or slash output.