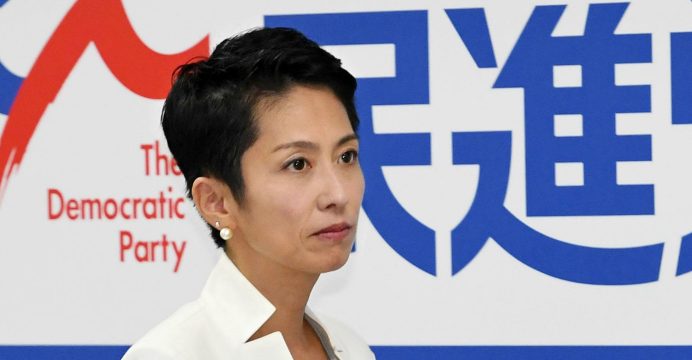 Japan’s main opposition party chose a half-Taiwanese former model and TV anchorwoman as its new leader on Thursday, as it looks to reboot its fortunes after four years in the political wilderness.

The telegenic Renho, a 48-year-old who goes by only one name, trounced her opponents — including a former foreign minister — to take the helm of the beleaguered Democratic Party, reports BSS.

The one-time journalist earned the nickname “Hissatsu” (shoot-to-kill) for her style of grilling bureaucrats over public waste, in a country where the media are often criticised for pulling their punches. 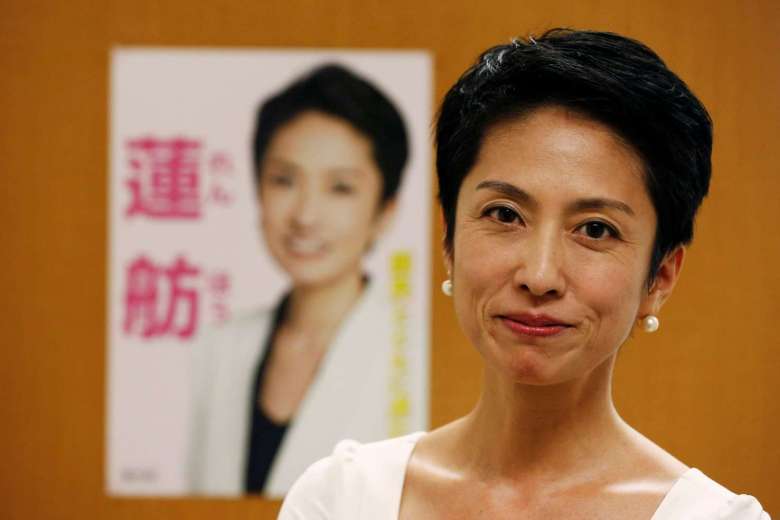 Ms. Renho poses in front of her poster during an interview with reporters in Tokyo on Aug 16, 2016

“I’ll stand at the forefront of our fight to rebuild the party to win an election again,” Renho said, after being declared the winner.

Renho’s Taiwanese heritage — her father is from the island, a former Japanese colony — became an issue during the vote.

She was forced to apologise after it emerged she had never given up her Taiwanese citizenship. Japan does not allow adults to hold dual nationality.

With the exception of its television personalities, largely ethnically homogenous Japan is unused to seeing mixed-race people in public positions.

However, last week a half-Indian beauty queen was crowned Miss Japan. That came a year after a black woman claimed the title, and faced an ugly backlash on social media.

Renho first came to national prominence in the 1980s as a model and later as a TV newscaster, reporting from the quake-devastated city of Kobe in 1995. She entered parliament in 2004.

She sparked controversy in 2010 when she posed for a magazine shoot inside parliament for Vogue Nippon, the Japanese version of the international fashion monthly.

The centre-left Democratic Party that she now leads faces a huge battle to revive flagging fortunes, with premier Shinzo Abe’s ruling coalition boasting a majority in both houses of parliament.

The party — formerly known as the Democratic Party of Japan before merging with a smaller party in March — swept to power in 2009, ousting Abe’s Liberal Democratic Party after more than half a century of conservative dominance.

But a series of mis-steps and policy flip-flops, along with its shambolic handling of the Fukushima nuclear crisis, cost it dearly in the polls, and it was booted from office in 2012.