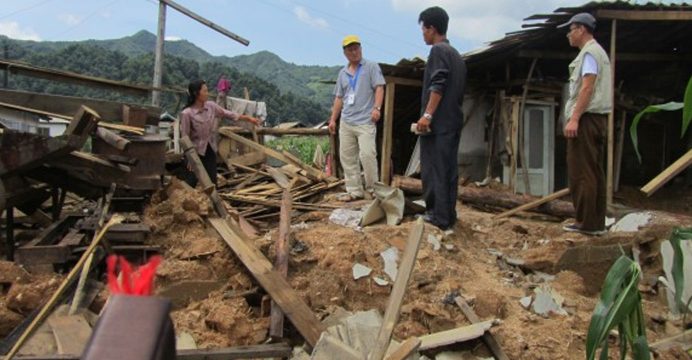 The United Nations World Food Programme (WFP) has delivered food assistance to more than 140,000 people in the north of the Democratic People’s Republic of Korea (DPRK) affected by some of the worst floods in recent history. WFP is concerned about the continued vulnerability of these people as the extremely cold winter is approaching and major food losses are expected.

The floods were caused by heavy rainfall in North Hamgyong and Ryanggang provinces at the end of August and in early September due to Typhoon Lionrock. More than 140,000 people are affected, but this number is likely to increase as some of the affected areas have not yet been accessed.

People are in urgent need of shelter, access to clean water and health services, as well as food and nutrition assistance. 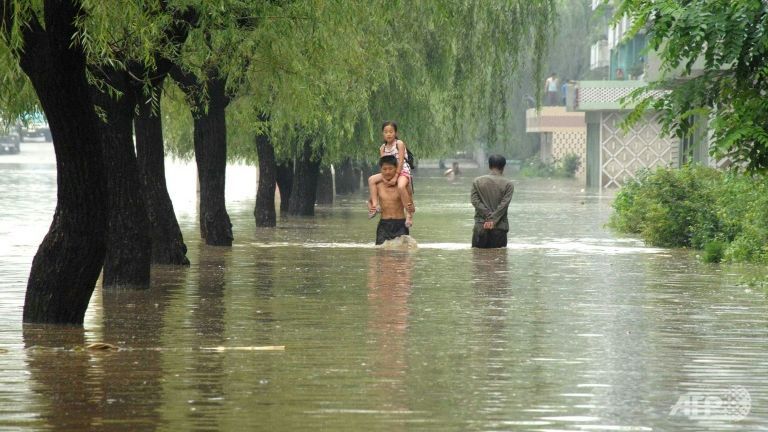 “Whole villages have been washed away by flash floods. Families have lost everything, including their kitchen gardens and livestock, which many households depend upon to supplement their diets. The floods came just before the harvest period, when the crops were still in the ground,” said Darlene Tymo, WFP’s Representative and Country Director in DPRK.

“The North of the country will shortly see the onset of a typically severe winter when temperatures can plunge below -25° C. These families need continued support to get through the worst of the winter.”

To meet urgent needs, WFP used fortified food stocks in local factories that were destined for nutrition support to young children and pregnant and nursing mothers in other areas in DPRK. To replenish these supplies and ensure children and women have access to the nutritious food they need, WFP urgently requires US$1.2 million. In addition, to continue assistance in DPRK, WFP requires US$21 million until August 2017.

The two flood-affected provinces have the highest levels of food insecurity and chronic malnutrition in the country. Overall, more than 70 percent of the population of DPRK is food insecure. Many people subsist on a diet lacking in essential proteins, fats, vitamins and minerals. WFP’s nutrition assistance helps to provide vital nutrients to children and mothers.