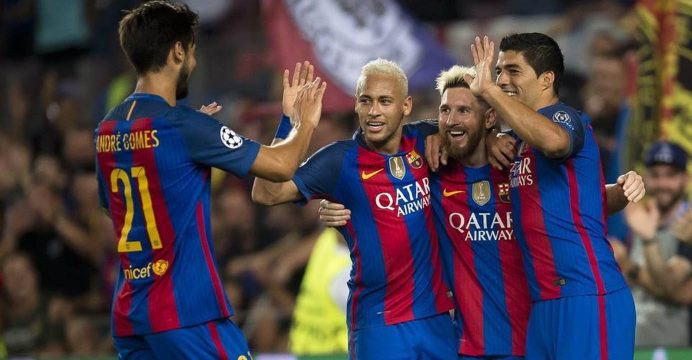 Lionel Messi, Luis Suarez and Neymar combined to devastating effect as Barcelona swatted Celtic aside 7-0 at the Nou Camp to lay down a marker in Champions League Group C on Tuesday.

Messi produced a stunning display, hitting a record sixth hat-trick in the competition to hand the 1967 winners their heaviest European Cup defeat.

He smashed home a pass from Neymar in the third minute and the Argentine maestro struck again in the 27th after Celtic’s Moussa Dembele had a penalty saved by goalkeeper Marc-Andre ter Stegen.

Neymar curled in a free kick to stretch Barca’s lead in the 50th minute before crossing for Andres Iniesta to volley the fourth. 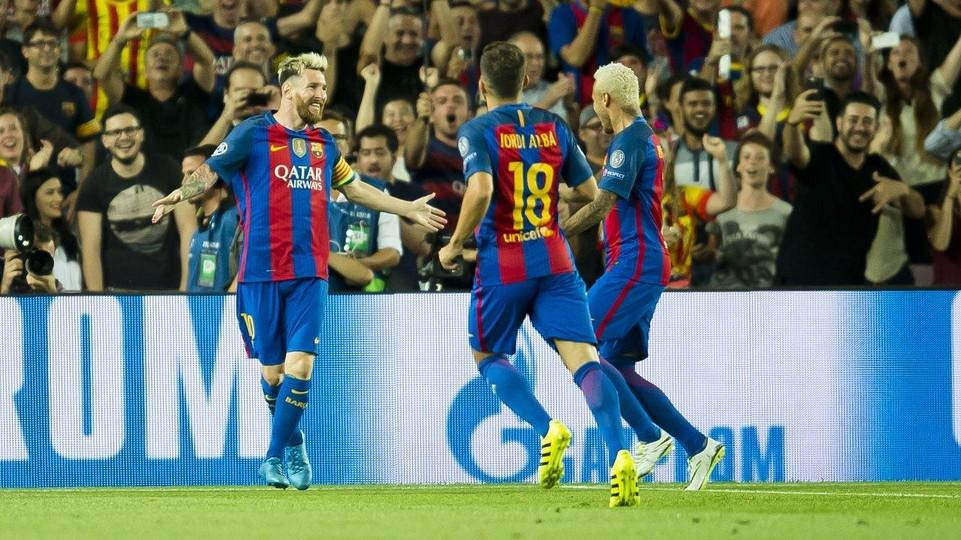 Neymar laid on the sixth for Suarez and the Uruguayan completed the rout with his second strike in stoppage time, capping Barca’s biggest win in the competition.

“It was a spectacle from start to finish, the team enjoyed themselves and so did the supporters. It’s a great welcome back to the Champions League,” coach Luis Enrique told a news conference.

“We did so many things well. We were great in our pressing and in recovering the ball after losing it. We were intense and it’s a great night for the fans, rounded off by the record.”