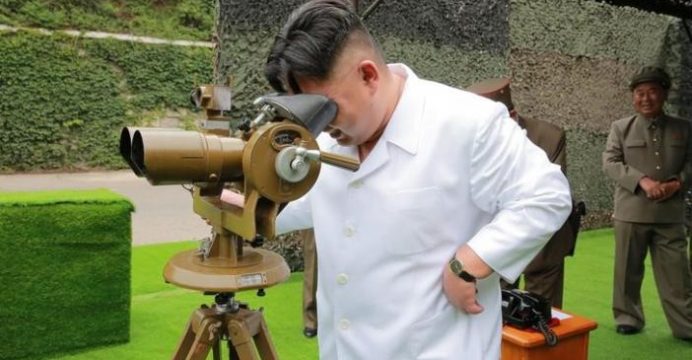 North Korea is ready to conduct another nuclear test at any time, South Korea’s defence ministry said on Monday, just days after Pyongyang sparked worldwide condemnation with its fifth and most powerful test.

“An additional test could be conducted in a tunnel that branches off from the second tunnel or in the third tunnel, where preparations have been completed,” ministry spokesman Moon Sang-Gyun told reporters.

The spokesman declined to elaborate, citing intelligence matters but said the South’s military is on full combat-readiness to respond to “further nuclear tests, ballistic missile launches or land provocation” by the North, reports BSS.

Citing an unidentified government official, South Korea’s Yonhap news agency reported earlier Monday that Pyongyang had completed preparations for another nuclear test in its previously unused third tunnel at the Punggye-ri site in the northeast.

The North conducted its first nuclear test in October 2006 in the first tunnel and the last four tests in the second tunnel, according to Seoul’s defence ministry.

In a statement hailing the “success” of its test on Friday, the North vowed to take “further measures” to increase its nuclear strike force “in quality and in quantity”.

The yield from Friday’s test was estimated at 10 kilotons, almost twice as much as the one Pyongyang conducted only eight months earlier.

The North also boasted that the test was of a nuclear warhead that could be mounted on a missile. The UN Security Council agreed on Friday to start work on new punitive measures — even though five sets of UN sanctions since the first nuclear test have failed to halt the North’s nuclear drive.

Sung Kim, the US State Department’s special representative for North Korea policy, said Sunday during a visit to Japan that Washington and Tokyo would work closely “to come up with the strongest possible measure against North Korea’s latest action”.

He also suggested that the US may launch its own sanctions. The envoy will arrive in Seoul later on Monday and hold talks with his South Korean counterpart Kim Hong-Kyun on Tuesday morning.