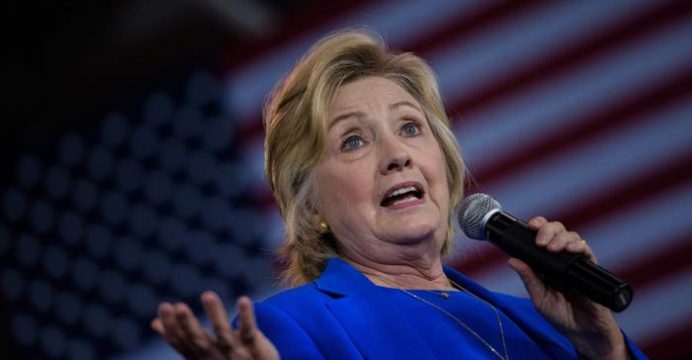 Hillary Clinton said Saturday she regretted saying that half of Donald Trump’s supporters belong in a “basket of deplorable” – a remark the billionaire Republican slammed as her “worst mistake of the political season.”

The Democratic presidential candidate came under fire for remarks made at a New York fundraiser on late Friday – remarks that unleashed a wave of derision and mockery on social media, reports BSS. 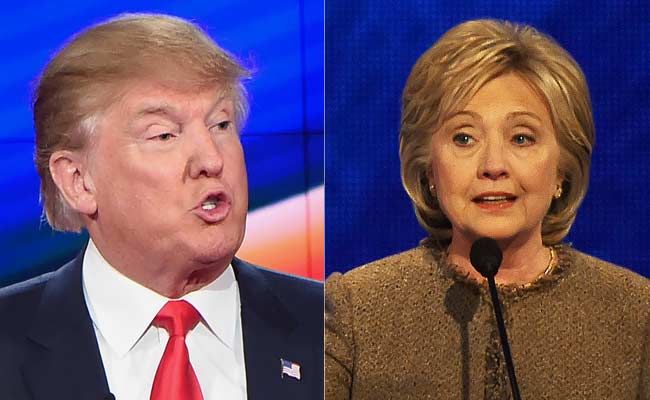 “To be grossly generalistic, you could put half of Trump’s supporters into what I call the basket of deplorable,” Clinton told a crowd at the “LGBT for Hillary” gala.

“The racist, sexist, homophobic, xenophobic, Islamophobic – you name it. And unfortunately, there are people like that. And he has lifted them up.”

She added that those people are “irredeemable, but thankfully they are not America.”

“Basket of Deplorable” quickly became a trending hashtag on Twitter, with users venting their fury at the former secretary of state.

There was even a mock account called “Hillary’s Basket,” with the handle @TheDeplorables, deriding the former first lady and US senator.

With less than two months to go before Election Day, and the race still tight, Clinton walked back her remark on Saturday.

“Last night I was ‘grossly generalistic,’ and that’s never a good idea. I regret saying ‘half’ — that was wrong,” she said in a statement released by her campaign.

Clinton then listed a number of “deplorable” things about the Republican presidential candidate.

“It’s deplorable that Trump has built his campaign largely on prejudice and paranoia and given a national platform to hateful views and voices, including by retweeting fringe bigots with a few dozen followers and spreading their message to 11 million people,” she said.

“It’s deplorable that he’s attacked a federal judge for his ‘Mexican heritage,’ bullied a Gold Star family because of their Muslim faith, and promoted the lie that our first black president is not a true American.

“So I won’t stop calling out bigotry and racist rhetoric in this campaign,” she said.

Trump, 70, fired back by calling her comments “INSULTING” on Twitter, then issuing an angry statement.

“Isn’t it disgraceful that Hillary Clinton makes the worst mistake of the political season and instead of owning up to this grotesque attack on American voters, she tries to turn it around with a pathetic rehash of the words and insults used in her failing campaign?” Trump wrote.

“For the first time in a long while, her true feelings came out, showing bigotry and hatred for millions of Americans,” he added in a statement, calling Clinton “unfit” to be president.

He later compared Clinton’s statement to Republican Mitt Romney’s 2012 presidential campaign gaffe, when he said that 47 percent of the people would vote for Barack Obama’s re-election because they are “dependent upon government,” and “believe that they are victims.”

“Hillary Clinton just had her 47% moment,” Trump tweeted. “What a terrible thing she said about so many great Americans!”

NOT A BASKET OF ANYTHING

Clinton, 68, also told the fundraiser crowd that other Trump supporters feel let down by the government and the economy, and are “desperate for change.”

She reiterated that point Saturday, saying many Trump supporters are “hard-working Americans” who feel marginalized.

“I’m determined to bring our country together and make our economy work for everyone, not just those at the top,” Clinton said. Trump’s running mate Mike Pence said Clinton had disrespected voters.

“Hillary, they are not a basket of anything, they are Americans, and they deserve your respect,” Pence told activists at the Values Voters Summit in Washington.

Trump’s son Eric posted a photo on Twitter of his father’s supporters packed into a sports arena for a late Friday rally.

“Look at the #BasketOfDeplorables in Pensacola Florida last night! What a horrible statement. #CrookedHillary,” he wrote, using one of his father’s favorite insults.

Trump told the crowd he believes that Clinton – under fire for using a private email server when she was secretary of state – is so immune from prosecution she could get away with murder.

“She could walk into this arena right now and shoot somebody with 20,000 people watching, right smack in the middle of the heart and she wouldn’t be prosecuted,” he declared.

An FBI investigation found that Clinton sent unsecured emails with classified material through the server, but ultimately recommended that she not be prosecuted.

Trump’s remark was reminiscent of a comment he made in January, when he said he could “stand in the middle of Fifth Avenue and shoot somebody” but still not lose any support.