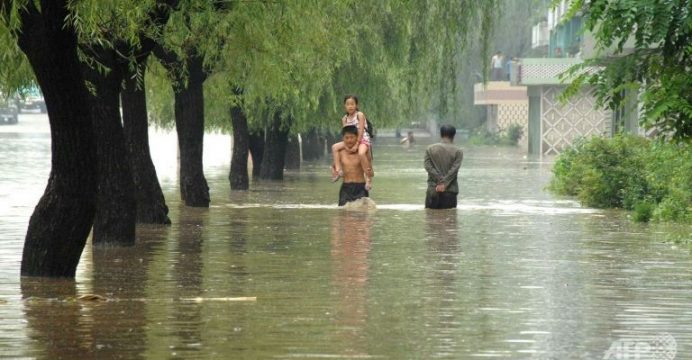 Floods have damaged tens of thousands of buildings in northeastern North Korea after the worst downpour there for decades, state media said Sunday, urging all soldiers and civilians to join a drive to help victims. The report on the official KCNA news agency gave no death toll or exact figure for damage.

A UN report last week, citing Pyongyang government data, said 60 people had been killed and over 44,000 were homeless along the Tumen River, which partially marks the border with China and Russia, reports BSS.

Sunday’s report, citing the central committee of the ruling Workers’ Party, said “tens of thousands” of homes and public buildings had collapsed and railways, roads, power supplies, factories and farmland had been destroyed or submerged. People in North Hamgyong province were suffering “great hardship”, it added. 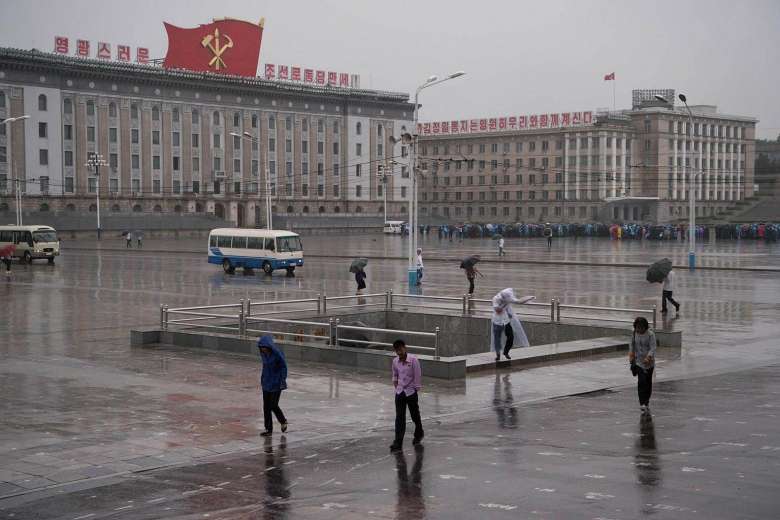 A general view shows Kim Il-Sung square during rainfall in Pyongyang on July 16, 2016

The main thrust of an ongoing nationwide 200-day mass mobilisation campaign aimed at boosting the economy would be redirected to helping flood victims, it quoted the central committee as saying.

The objective was to “direct all efforts to the construction of dwelling houses to provide flood-hit people with warm cradles and turn the flood- battered region into a fairyland in the era of the Workers’ Party within this year.”

Impoverished North Korea is vulnerable to natural disasters, especially floods. At least 169 were killed by a massive rainstorm in the summer of 2012.

Its territory is largely composed of mountains and hills that have long been stripped bare for fuel or turned into terraced rice fields. This allows rainwater to flow downhill unchecked.

A series of floods and droughts was partially responsible for a famine that killed hundreds of thousands between 1994-98, with economic mismanagement and the loss of Soviet support exacerbating the situation.

The United Nations Security Council is planning fresh sanctions on the nation after it staged its fifth nuclear weapons test Friday.