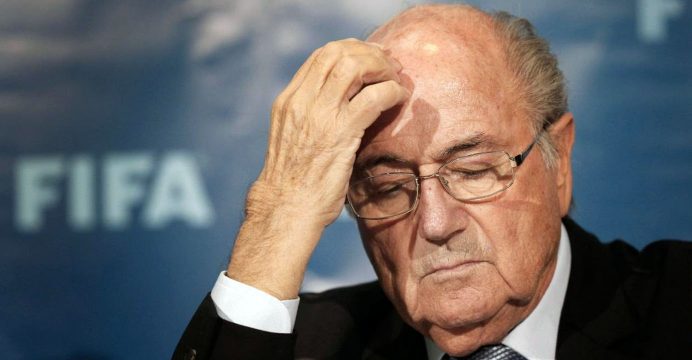 Sepp Blatter and other two are facing FIFA investigation

Former FIFA head Sepp Blatter and ex-secretary general Jerome Valcke, already banned from football for ethics violations, now they are facing a new investigation over the salaries and bonuses they received in the office.

The suspected violations were “in the context of salaries and bonuses paid to Mr. Blatter, Mr. Valcke and Mr. Kattner as well as other provisions included in the contracts of these three individuals,” FIFA’s ethics committee said.

They are also suspected of having breached rules on general conduct, loyalty, conflicts of interest and “offering and accepting gifts and other benefits.”

FIFA said, its investigators had opened formal proceedings against both men, along with former finance director Markus Kattner, for possible ethics violations which included “bribery and corruption”.

Sepp Blatter, Valcke and Kattner didn’t give any comment or announcement about it. They have previously denied wrongdoing, reports Reuters.

Blatter has said his earnings were in line with top officials from professional sports leagues around the world.

FIFA is attempting to recover from the worst graft scandal in its history which has seen 42 people, including former FIFA executive committee members, indicted in the United States since May last year.

Criminal investigations are also under way to FIFA headquarter in Switzerland.