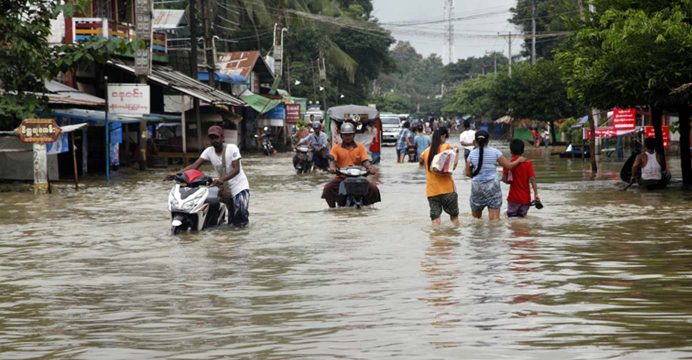 Sri Lanka and the World Bank today signed a US$42 million credit to protect people and infrastructure from climate-related risks and support the government in responding effectively to disasters.

This financing comes as additional financing for the ongoing Climate Resilience Improvement Project (CRIP) approved in April 2014, to scale up the repair and disaster proofing of irrigation and flood control infrastructure and road infrastructure which are damaged by recent extreme weather events

The CRIP was approved together with a Catastrophe Deferred Draw-Down Option facility; as a joint package designed to finance short term and long term interventions to reduce climate and disaster risk. The CAT-DDO is a contingent credit line that provides immediate liquidity to middle income countries after a natural disaster, a time when liquidity constraints are usually highest. This type of financing is typically used to finance losses caused by recurrent natural disasters and is most effective as part of a broader risk management strategy in countries highly exposed to natural disasters. In addition to the US$ 42 million additional financing, the government also was able to access US$ 101.47 million through this facility after the floods and landslides disaster of May 2016. 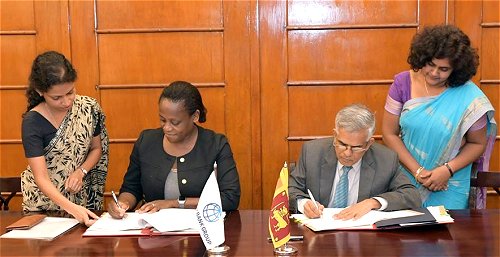 “Recent floods and landslides have demonstrated the challenges posed by extreme weather conditions to economic growth prospects and poverty reduction of Sri Lanka. Managing the risks to people’s lives, investments and assets, in general, through risk financing is therefore a priority for the government,” said Idah Pswarayi-Riddihough, World Bank Country Director for Sri Lanka and the Maldives.

In May 2016, Sri Lanka was severely affected by the Tropical Storm “Roanu” that killed 96 people as well as causing widespread flooding and landslides in 22 districts. The preliminary findings of the Post Disaster Needs Assessment (PDNA) conducted by the government, with the support of the United Nations and World Bank, show total damages and losses in excess of US$570 million. 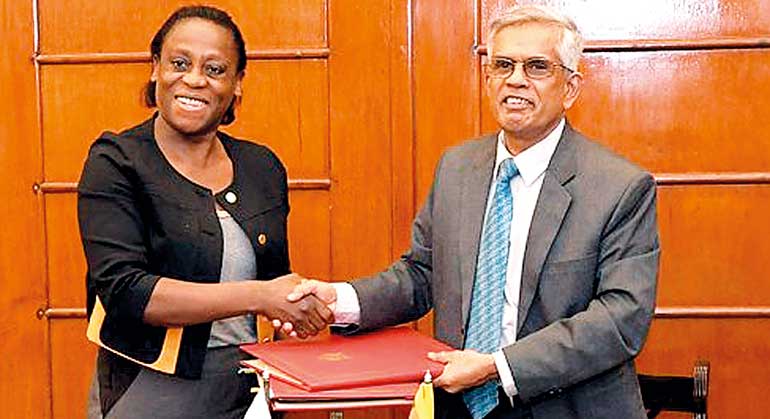 Considering the severity of the disaster and its impacts on human life, the president declared a State of Disaster in Western, North Western, Sabaragamuwa, North Central, Central and Uva provinces, as per the Disaster Management Act No. 13 of 2005. “Such a Proclamation of a State of Disaster by the President rendered the government eligible to draw-down of the CAT-DDO proceeds. The US$101.47 million that the government received last week under this facility will enable the government to expedite the ongoing post disaster recovery efforts due to floods and landslides of May 2016” said Marc Forni, Task Team Leader of the project.

The World Bank Group’s activities are guided by a Country Partnership Framework (CPF) which is agreed upon with the Government of Sri Lanka; the CPF will shape the collaboration for the next 4 years until June 2020. The World Bank’s current portfolio consists of US$1.9 billion in financing commitments.