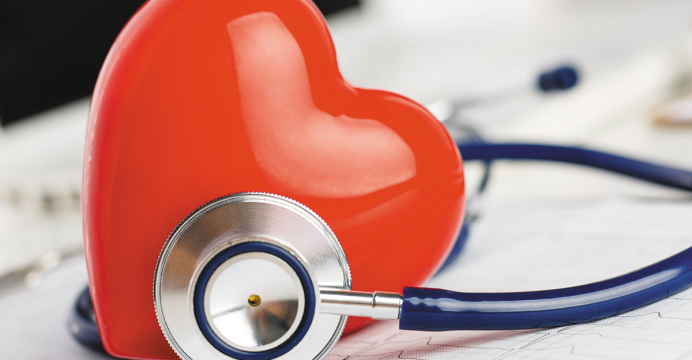 Patients with heart disease who did moderate to vigorous physical activity for 30 minutes at least five times a week saved an average of more than $2,500 (about 2222 euros) in annual healthcare costs, the study found.

And even gym rats without heart disease may experience lower costs, according to the study in the Journal of the American Heart Association ,reports Reuters.

“The financial benefits with regular exercise were notable across the entire spectrum of risk including those with and without known cardiovascular disease,” study author Dr. Khurram Nasir, director of the Center for Healthcare Advancement and Outcomes at Baptist Health South Florida, said by email. Even though getting 150 minutes of moderate to vigorous exercise each week is associated with fewer complications and deaths from heart disease, roughly two-thirds of heart disease patients still fail to get this much physical activity, Nasir and colleagues note.

To assess the financial impact of exercise on these patients, researchers examined data from a 2012 nationwide survey of more than 26,000 U.S. adults, excluding people who were underweight, pregnant or unable to walk up to 10 steps.

Overall, 1,896 of the participants, or 9 percent, had a cardiovascular disease diagnosis, representing 19.4 million adults nationwide.

Among the people without heart disease, 49 percent reported getting at least the minimum recommended amount of exercise each week, compared with just 32 percent of those with cardiovascular disease.

But the subset of heart-cardiovascular disease patients who regularly exercised had average healthcare costs more than $2,500 lower than those who didn’t meet exercise guidelines.

This is probably due to averted hospitalizations and emergency department visits, which can be quite costly, Nasir said.

Among the healthiest participants, with no heart disease and not more than one cardiovascular risk factor, those that exercised regularly had yearly medical costs averaging about $500 lower (about 444 euros) than those who didn’t exercise.

The research suggests that if just 20 percent of patients with cardiovascular disease who are not getting enough physical activity would meet exercise goals, it might save up to $6 billion (about 5.3 billion euros) a year in health care costs, Nasir said.

Limitations of the study include its reliance on self-reported physical activity data, which the authors note may not be accurate.

People in the study with high blood pressure weren’t classified as cardiovascular disease patients, which may have led to an underestimate of the number of people with the disease and the potential financial benefits of exercise, the authors acknowledge.

Even so, the findings add to a large body of evidence already suggesting that regular exercise is associated with lower health costs, said Dr. Jorge Plutzky, director of preventive cardiology at Brigham and Women’s Hospital and Harvard Medical School in Boston.