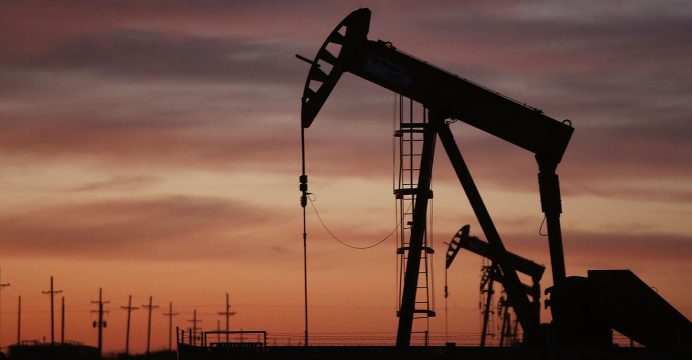 Oil prices edged higher on Wednesday, helped by a weaker dollar, analysts said, but remained in their recent range, with the market focused on an OPEC meeting on output later this month, reports BSS.

US benchmark West Texas Intermediate for delivery in October finished up 67 cents at $45.50 a barrel in New York trade. In London, Brent North Sea crude for November delivery added 72 cents to reach $47.98 a barrel.

The dollar lost ground on Tuesday on a report of sagging services sector activity in the US economy last month, a surprise slowdown that diminished expectations of an interest rate hike by the Federal Reserve this month.

A weaker greenback makes dollar-denominated crude cheaper for users of other currencies. With three weeks until their meeting in Algeria, oil traders are keeping tabs on Russia and OPEC, hoping for signs they will find an agreement to address a global supply glut that has hammered prices for two years.

On Tuesday, Iranian President Hassan Rouhani said his country is committed to helping to stabilize the oil market after he met OPEC chief Mohammad Sanusi Barkindo.

“The main challenge is them having to convince the market that this is not empty rhetoric,” CMC Markets trader Alex Wijaya said.

Meanwhile, US oil company Apache on Wednesday announced a “significant” new oil and gas discovery in Texas that it expects to develop in the coming decades.