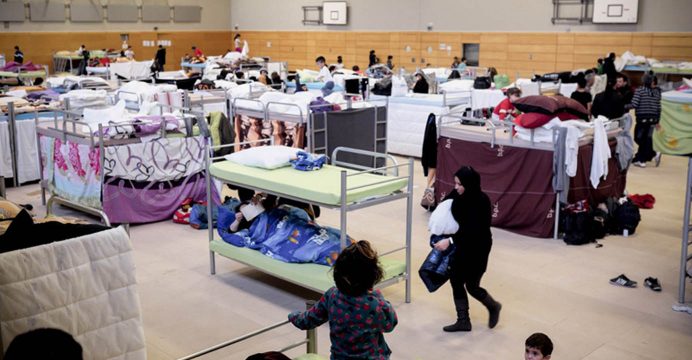 Children and unsafe migration in Europe

With an increasing number of migrant children reported missing in Europe, questions arise about the availability, coverage and reliability of data on children migrating to and through the European Union.

It is estimated that over 250,000 child migrants crossed irregularly into Italy and Greece in 2015. For Italy, of 16,500 child migrants, over 12,000 (72 percent) were unaccompanied. For Greece, no official distinction between accompanied and unaccompanied is made at entry for the purposes of data collection, although the UN refugee agency (UNHCR) estimates that at least 10 percent arrived without parents or guardians.

“Child migration into Europe is diverse and often invisible in data and policy. European States consider children as “accompanied” or “unaccompanied” differently. This not only affects the rights and entitlements they receive, but how they are counted in the data,” notes GMDAC Director, Dr. Frank Laczko.

The Briefing, written by Rachel Humphris and Dr. Nando Sigona of the University of Birmingham, UK, highlights the gap between available data and public debate, showing the limitations in data collection and inconsistencies in terminology. Although in some cases data are collected daily on arrival in Greece and Italy, there is a lack of detail.

“When children are identified as “accompanied”, the data are not disaggregated by age or gender. Children remain invisible in the figures and the true numbers are unknown,” note Humphris and Sigona.

According to the researchers, not only are there gaps in data coverage, but also children are “double-counted”. This occurs when different recording mechanisms aggregate, rather than consolidate, their data.

Most attention has focused on the number of “missing” children. The briefing shows that children can be counted in more than one jurisdiction and may be recorded as “missing” at various points throughout their journey. “This double-counting is an important consideration when mapping child migration,” note Humphris and Sigona.

In order to strengthen the evidence base, improvements to the data collection systems at national levels are needed. Implementation of international guidelines and common definitions is also essential. Age and gender should be disaggregated for children arriving at the European Union’s southern borders, in all transit countries, and for all dependents in asylum claims, in order to be able to better understand the complexities of children’s safe migration in Europe.

Further areas of concern include: the absence of data on children with disabilities on the move; partial coverage of family reunification; and deficiencies in data on detention and return, particularly of those who were unaccompanied minors and then reach 18 years of age.