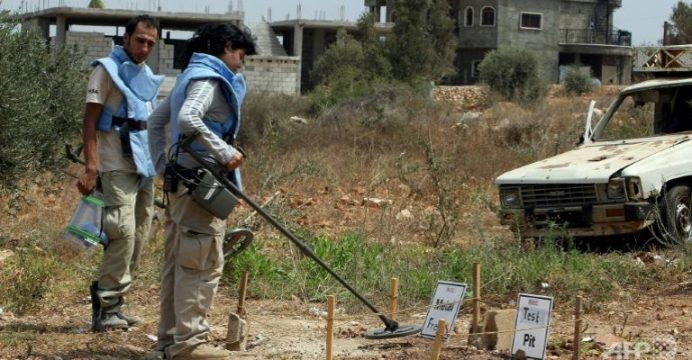 More than 100 countries pledged to clear cluster munitions by 2030

More than 100 countries pledged on Wednesday to clear unexploded cluster munitions used in conflict zones worldwide by 2030, a new step in the unfinished battle to prevent deaths by the weapons, reports BSS.

Parties to the 2008 Convention on Cluster Munitions set their first target date for clearing the explosives which are estimated to have killed and maimed more than 50,000 people worldwide in the past half-century.

After a three-day meeting in Geneva, Convention president Henk Cor van der told reporters that the 2030 deadline should help “the international community to strive to make the world free of cluster munitions.”

The convention, which took effect in 2010, bans all use, production, transfer and stockpiling of the weapons, which can be dropped from planes or fired from artillery. 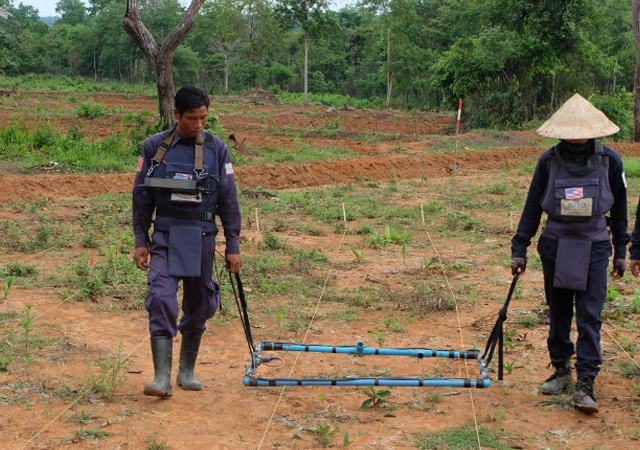 They spread hundreds of submunitions, or “bomblets”, over a wide area, many of which fail to explode on impact and then act as de facto landmines.

Many bomblets are brightly coloured and attract children who accounted for nearly half of the 417 victims who were killed or injured by the munitions worldwide last year.

Representatives at the Geneva talks harshly condemned continued use of cluster bombs in Syria and Yemen, which are not among the 119 states who signed up to the convention.

Damascus and its ally in Moscow have been blamed for most of the cluster bombs used in Syria, where at least 248 people were killed or injured by the weapons last year, according to the Cluster Munition Monitor report published last week.

In Yemen, a Saudi-led coalition supporting the embattled government of President Abedrabbo Mansour was blamed for cluster munition attacks that killed or maimed 104 people last year.

“We condemn any use of cluster munitions by any actor,” a statement from the convention parties said Wednesday.

As of last month, 24 countries and three other areas remained contaminated by cluster munitions, with Iraq and Laos particularly affected.

The United States pledged an extra $90 million earlier this week for Laos to address unexploded ordnance in the country, including cluster bombs dropped by the US air force during the Vietnam War.

But while the task of clearing the bombs worldwide is daunting, van der Kwast said: “I think that it can be done, definitely.”

He pointed out that the states already party to the convention have already individually received deadlines, none of which are later than 2026.

And Megan Burke, who heads the Cluster Munitions Coalition (CMC), stressed that while a few countries are very contaminated, most affected countries could “reasonably be able to complete clearance by 2020”.