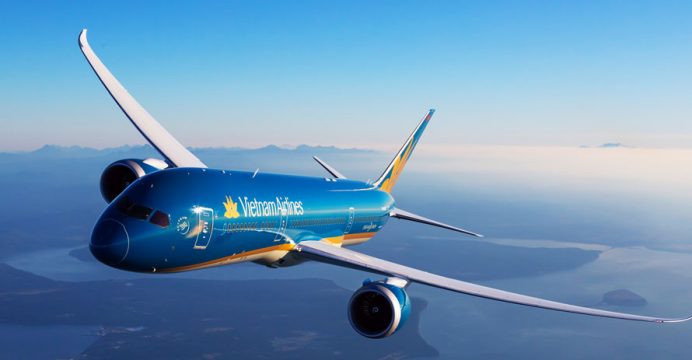 It did not provide a breakdown of each deal’s value. It is the first deal between French aviation giant Airbus and Jetstar Pacific, which said in July it was planning to buy the 10 single-aisle A320 aircraft.

Vietnam Airlines, which owns a 70 percent stake of Jetstar Pacific, will purchase 10 Airbus A350 planes, according to officials at a signing ceremony attended by Hollande and Vietnamese President Tran Dai Quang in Hanoi. Vietnam’s VietJet said it would buy 20 A321 planes to boost its current fleet of 34 planes, all of which are Airbus.

The VietJet deal comes after it purchased 100 passenger jets from US aircraft maker Boeing for $11.3 billion in May, during a visit by US President Barack Obama. It called the deal the largest single commercial air plane purchase in Vietnam aviation history.

VietJet, founded in 2007, has gained notoriety with bikini-wearing air stewardesses and is making a major move into the lucrative Southeast Asian aviation sector.

Southeast Asia is seen as the key growth market for budget air travel, driven by the region’s growing middle class, many of whom are traveling for the first time.