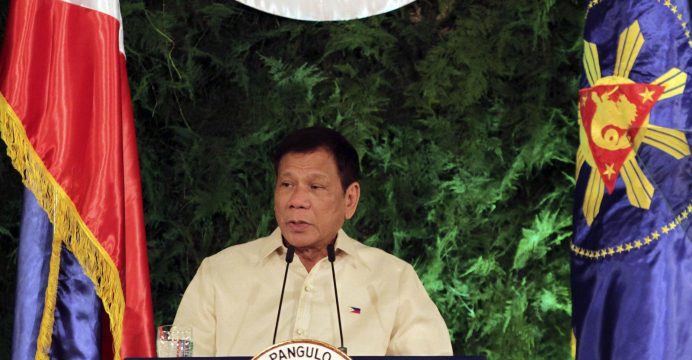 An improvised explosive device tore through a night market in the southern city of Davao on Friday, killing at least 14 people and leaving another 67 injured.

Duterte, who was in Davao at the time of the bombing, visited the blast site and has been monitoring the situation there with his cabinet and top security officials. 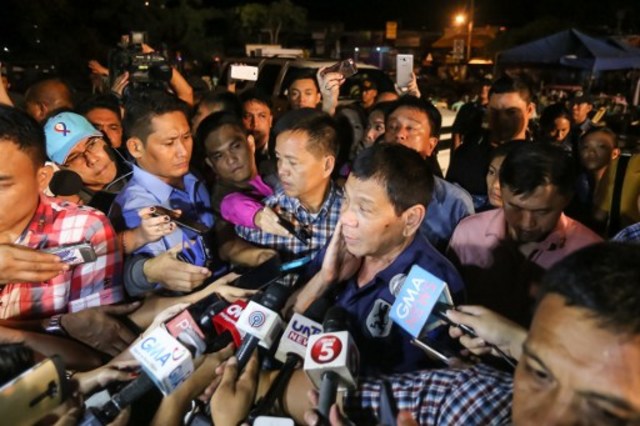 Philippine President Rodrigo Duterte speaks to members of the media as he visits the site of an explosion at a night market in Davao City in  southern island of Mindanao early September 3, 2016

Presidential communications secretary Martin Andanar told reporters that the Brunei visit set for Sunday until Monday had been called off.

Duterte, who took office two months ago, was initially scheduled to visit Bandar Seri Begawan as part of an inaugural trip to neighbouring countries.

He is still set to fly to Laos on Tuesday for a regional summit and to Indonesia on Thursday for a working visit, Andanar said.

Duterte has made peace and orders his top priority, launching a war on crime that has claimed more than 2,000 lives. After the blast, he declared a national “state of lawlessness”, which his security adviser said gave the military extra powers to conduct law enforcement operations normally done only by the police.