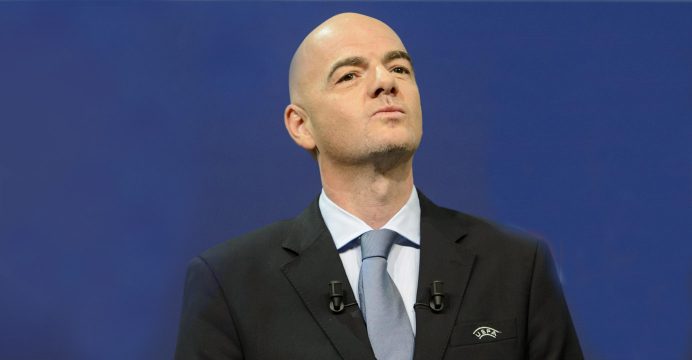 The Compensation Sub-Committee, chaired by Tomaz Vesel, has determined these figures by taking into account a number of factors, including two independent expert opinions prepared by external human resources consultants.

New FIFA president Gianni Infantino will earn less than half the salary of his predecessor Sepp Blatter, soccer’s world governing body said Wednesday, marking the first time that it has published the compensation of a sitting president.

Infantino, elected in February, is set to earn 1.5 million Swiss francs ($1.53 million) and won’t receive a bonus for 2016. FIFA’s new secretary general, Fatma Samoura, is due to earn 1.3 million Swiss francs, despite earlier recommendations from FIFA that the secretary-general’s pay should exceed the president’s.

All elements of the contracts of the President and Secretary General are in line with Swiss law and FIFA rules and regulations. All amounts paid this year will be presented in FIFA’s 2016 Financial and Governance Report. The Compensation Sub-Committee will regularly monitor the implementation of the contracts to ensure full compliance.

Furthermore, the Compensation Sub-Committee will conduct a comprehensive review of FIFA’s compensation policy and develop a new draft policy in the coming months that adheres to the organisation’s commitment to transparency and good governance.