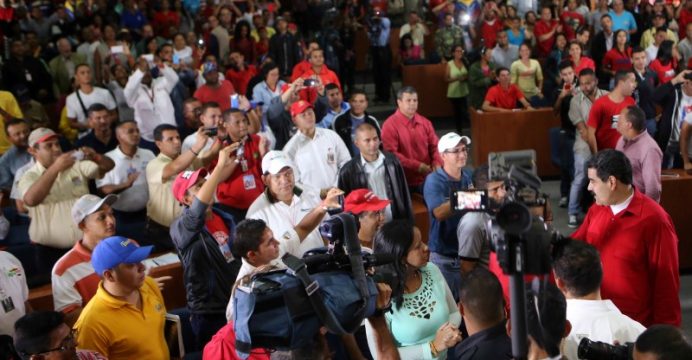 Opposition leaders criticized Tuesday’s arrests as intimidation, calling on sympathizers from across the country to march in the capital Caracas to push for a recall referendum against Maduro.

The forthcoming march follows months of tensions between Maduro and the opposition-controlled legislature, aggravated by high inflation, product shortages, and a severe economic recession. Maduro also called the scheduled rally a plot to stir up violence and set the stage for a coup. 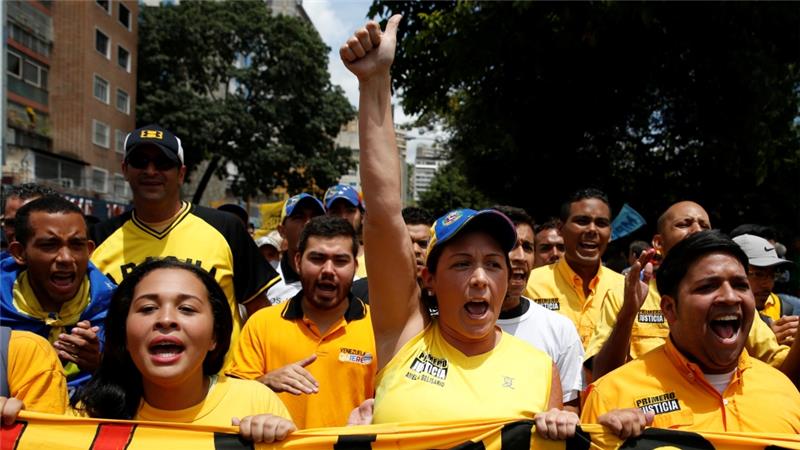 “We must win the battle against the coup, before, during, and after the dates announced by these fascists,” Maduro said.

“We’ve captured a group of people carrying important equipment, C4 explosives. We’re trying to capture a number of them in real time. Whoever gets involved in a coup plot, or calls for violence, is going to jail, sir. Shriek, weep or scream, but you’re going to jail.”

Maduro also accused the US of plotting against leftist governments in Latin America.

“The threat is coming directly from American imperialism,” he said.

A Popular Will leader, jailed former mayor Daniel Ceballos, was transferred to prison from house arrest on Saturday. He was accused of trying to escape his home to plot violence during the march.

Opposition leaders have accused elections authorities of intentionally stalling the recall vote. Maduro’s approval rating in July fell to a nine-month low of 21 percent, according to Datanalisis.

“We denounce the pathetic way in which the government is seeking to demobilize and intimidate the democratic leadership,” said Jesus Torrealba, leader of the Democratic Unity coalition.

With Venezuela hit by shortages of food, medicine, and basic goods, the opposition coalition behind the referendum, the Democratic Unity Roundtable, insists that getting rid of Maduro’s socialist government is the only way out of the crisis.