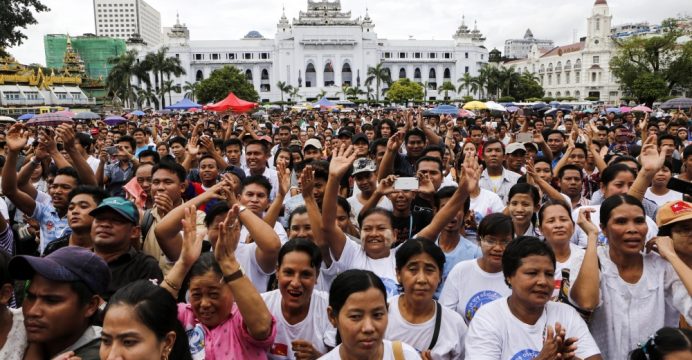 Hundreds of representatives of Myanmar’s ethnic minorities have gathered in the country’s capital for peace talks with the government aimed at ending decades of separatist insurgencies that have claimed thousands of lives, reports Aljazeera.

The delegates, dressed in traditional garb and headgear, entered the conference hall in Naypyidaw on Wednesday for the five-day talks called by the new government of Aung San Suu Kyi. Although her title is the state counselor, she is seen as the country’s real leader.

Aung San Suu Kyi, UN chief Ban Ki-moon and General Min Aung Hlaing, the head of Myanmar’s armed forces, are scheduled to give speeches at the opening of the talks to determine the fate of the country’s various ethnic minorities, who make up about 40 percent of the population. 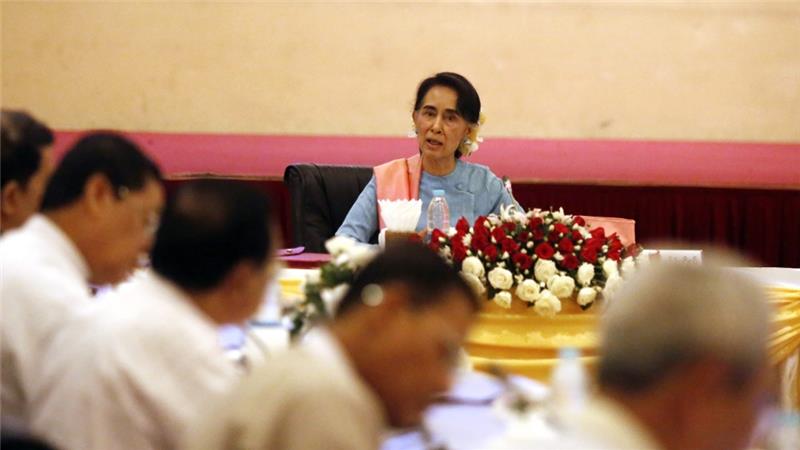 “All our people around the country want peace. So I do believe we will be successful in getting it at the conference,” said Khun Than Myint, the facilitator of the meeting, which is titled Union Peace Conference – 21st-Century Panglong.

The title is a reference to the Panglong Agreement brokered in 1947 by Aung San Suu Kyi’s late father, independence hero General Aung San, in a town called Panglong.

The 1947 deal granted ethnic minorities autonomy and the right to secede if they worked with the federal government to break away from Britain together.

Aung San was assassinated the following year and the deal fell apart. Since then, ethnic groups have accused successive, mostly military, governments of failing to honor the 1947 pact, just before Myanmar gained independence from Britain the next year.

Al Jazeera’s Scott Heidler, reporting from Naypyidaw, said the process of change following the talks will be a lengthy one.

“You’ve got several decades of conflict in this country and to move forward and get to a peace accord on certain issues. It is going to take quite some time because you’re going to have a lot of going back and forth,” he said.

This week’s conference is being attended by 17 of the 20 main armed groups, including the Karen, Kachin, Shan and Wa, along with other stakeholders.

Khua Uk Lian, assistant general secretary with the Chin National Front, said he was optimistic about the talks but warned that fighting would continue until a myriad of local issues – from drug addiction epidemics to resource tussles – were settled on the ground.

“You have local commanders fighting about local problems,” he told AFP news agency. “It’s been like this since we have been fighting.”

The first uprising – launched by the ethnic Karen – began shortly after independence. Since then, other ethnic groups have also taken up arms. Skirmishes, particularly in northern zones, have displaced more than 100,000 civilians since 2011.

At least 100,000 more have sought refuge in squalid camps in neighboring Thailand, and are unlikely to return home until true peace takes hold.

The rebel armies control a patchwork of remote territories rich in jade and timber that are mostly in the north and east along the borders with China and Thailand.

Aung San Suu Kyi promised that bringing peace would be her top priority when her government assumed power earlier this year after decades of military rule.