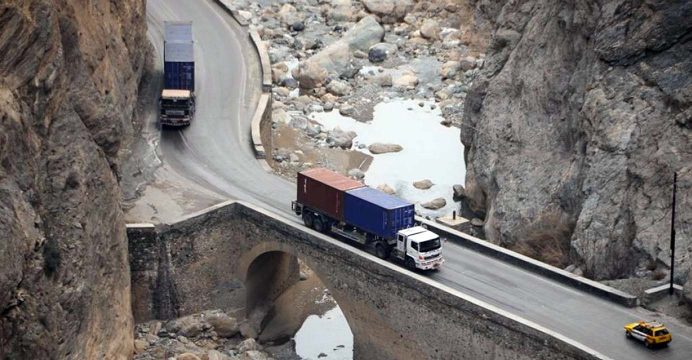 The Asian Development Bank (ADB) has approved a $31.37 million grant to prepare the Salang Corridor rehabilitation project to improve the efficiency and safety of movement of goods and people in Afghanistan and across Central Asia.

The grant includes $15.92 million contributed by the Government of Japan through the ADB-administered Afghanistan Infrastructure Trust Fund (AITF). AITF is a donor-financed fund established in 2010 that aims to improve livelihoods of the Afghan people through infrastructure development.

“The Salang Corridor is a critical part of Afghanistan’s transport infrastructure,” said Ko Sakamoto, Transport Economist with ADB’s Central and West Asia Department. “ADB assistance will support efforts to study the feasibility of three alignment options for the rehabilitation and upgrade of the Salang Corridor, complete the detailed engineering design, and prepare the project for implementation.”

Built in 1964, the existing 2.7-kilometer Salang tunnel and associated connecting roads, collectively known as the Salang Corridor, is in a dilapidated state and dangerous to travelers because of inadequate ventilation, poor lighting, lack of modern safety features, and a failing road surface due to a lack of regular maintenance and rehabilitation.

The Salang Corridor is the only route that permits year-round North–South passage of goods and people across the Hindu Kush mountain range, which has peaks over 7,700 meters, making the Salang tunnel the second highest tunnel in the world. As one of the key sections of the Central Asia Regional Economic Cooperation (CAREC) Corridors 5 and 6, the Salang Corridor is also central to providing mobility for Afghanistan’s neighboring countries.

Given the lack of alternative routes, the vast majority of goods shipped to Kabul from the north pass through the Salang Corridor. It is estimated that over 5,500 vehicles transit the corridor per day—far exceeding its capacity. According to the United States Agency for International Development, economic losses from the constrained traffic flow are estimated at $60 million per year.

The studies will review the three most viable alignment options for the corridor to increase capacity and mitigate the risk of project failure. Various combinations of new tunnels and connecting roads will be studied to identify the best way to significantly improve the capacity of the corridor and the transport network of Afghanistan. Once built, the improved Salang Corridor will cut travel time and cost of passenger and cargo transportation between the southern and northern regions of Afghanistan and ensure the security and reliability of the route.

To date, ADB has allocated more than $2.2 billion for roads, railways, and airport projects in Afghanistan. ADB has assisted the country in rehabilitating CAREC Corridors 5 and 6 through completion of the North–South Corridor Project, ongoing construction of the Kabul Seraj–Nijrab and Kabul–Jalalabad roads, and planned construction of the North–South Corridor between Dar-i-Suf and Yakawlang. The improved Salang Corridor will complement these investments and boost connectivity between Central Asia and South Asia, through Afghanistan. This will support the strategic objectives of the CAREC program in expanding trade and improving competitiveness of the region.