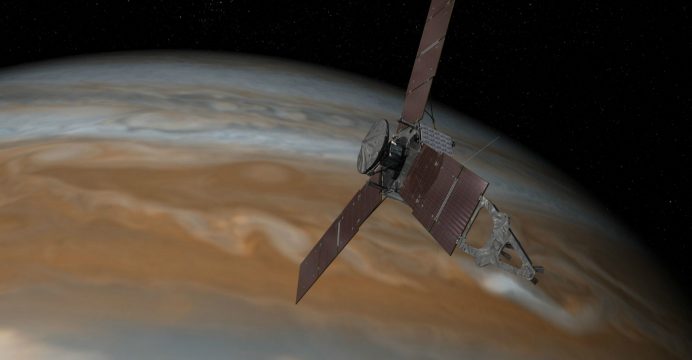 Juno made its closest approach to Jupiter

After leaving Earth more than five years ago, the space probe orbiting Jupiter has flown closer to the planet than any other spacecraft before, according to the US space agency, reports Aljazeera.

The space probe, named Juno, “soared close to the cloud tops of Jupiter this morning,” NASA announced on Saturday on its official Twitter page, adding that scientists were awaiting results from the unmanned spacecraft.

In a statement released on Thursday, the agency had said Juno would be about 4,200km above Jupiter’s clouds and traveling at 208,000 kilometers per hour with respect to the planet. 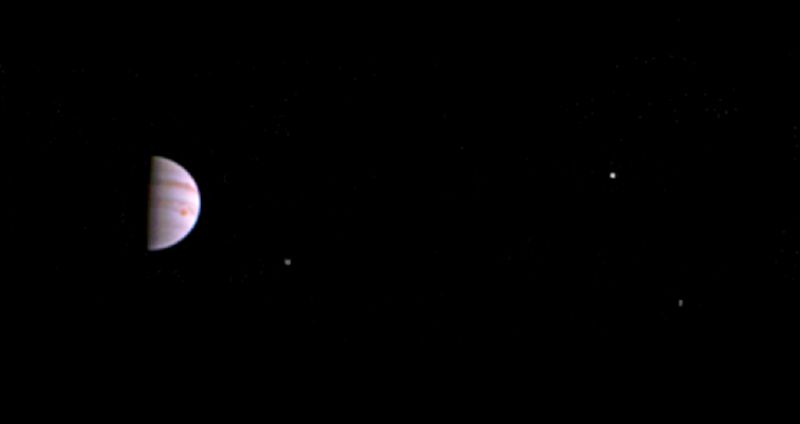 Juno spacecraft has sent back its first photo of Jupiter

“This is our first opportunity to really take a close-up look at the king of our solar system and begin to figure out how he works,” Scott Bolton, head of NASA’s Juno team, said in the press release.

The flyby brought the spacecraft closer to the planet than at any other time during its prime mission. It blasted off from earth on August 5, 2011, from Cape Canaveral, Florida.

“No other spacecraft has ever orbited Jupiter this closely, or over the poles in this fashion,” Steve Levin, Juno project scientist, also said in the statement.

The agency also said scientists were waiting for the results from the pass, which “should be downlinked to Earth within days” while “interpretation and first results are not expected for some time”.

It added that there would be 35 more close flybys of Jupiter during Juno’s prime mission, which is scheduled to end in February 2018.