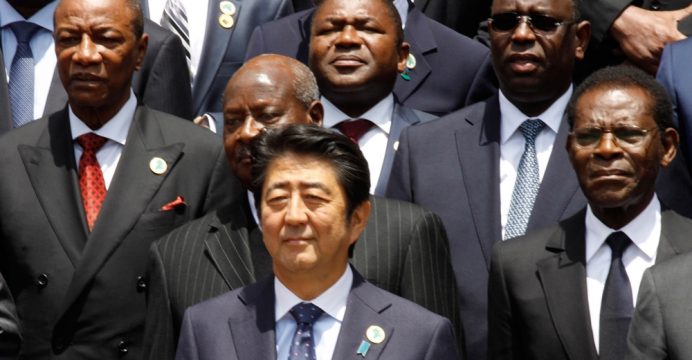 Japan to invest $30bn in Africa over the next 3 years﻿

Japan will invest $30bn in Africa over the next three years, Prime Minister Shinzo Abe has pledged at a summit in Kenya, reports Aljazeera.

Starting this year, Japan will make a $10bn investment in the continent’s infrastructure development, focusing on electrical power, urban transport systems, roads and ports, Abe said at the Saturday opening of the Tokyo International Conference on African Development (TICAD).

An additional $20bn will flow into Africa through investments from Japan’s private sector during the same period, he added. 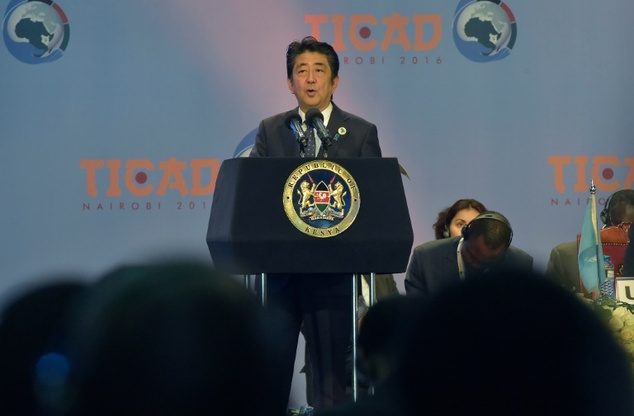 “We have a feeling in our gut that in Africa, where possibilities abound, Japan can grow vigorously,” said Abe.

Abe also announced the launching of the Japan-Africa economic forum, adding that Japanese government officials and top business leaders will be visiting the continent every three years.

“This is an investment that has faith in Africa’s future.”

Some 30 African heads of state are taking part in the conference, which runs until Sunday, and about 70 agreements are expected to be signed.

Abe is using the conference to meet dozens of leaders from across the continent, including Kenya’s President Uhuru Kenyatta and South Africa’s Jacob Zuma. It is the first time that the TICAD summit is being held in Africa, with all five previous events hosted in Japan.

The goal of the conference, organised jointly by the United Nations, the African Union, the World Bank and Japan, is to boost trade and aid to Africa, with Japan hoping to increase its influence in the continent.

In 2015, China, Africa’s largest trading partner, recorded total trade in Africa worth approximately $179bn, while Japanese trade with the continent stood at $24bn.

Seijiro Takeshita, an economist and professor at the University of Shizuoka, said the political reasoning behind Japan’s decision was to secure itself on international and regional fronts.

“Japan wants to be a permanent member of the UN Security Council and they would want to get more people agreeing to this agenda,” Takeshita told Al Jazeera.

“Another reason is that not only Japan, but China’s neighbouring nations are all feeling this extreme aggression by China and that is one of the reasons why Abe has pointed out he wants a free and open Pacific-Indian sea strategy.

“This is basically to ward off the continuous aggression that the neighbouring nations are feeling from China.”

“Our struggle for development cannot succeed without peace, stability and above all security,” he said.