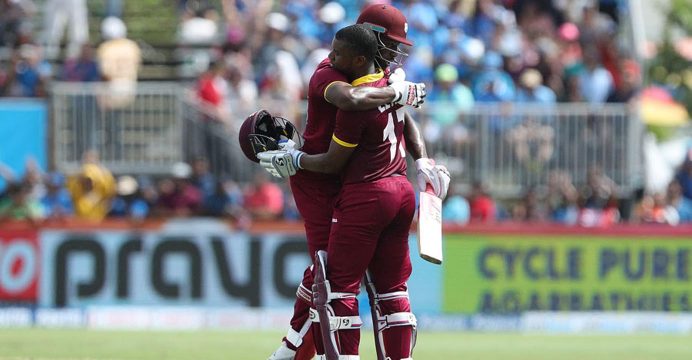 India loses dramatically by 1 run against West indies in Florida

India almost pulled off the highest ever successful run-chase in T20 Internationals but dramticully fell short by one run as they reached 244/4 against West Indies in the first T20I in Florida.

After Windies clobbered a world record 21 sixes in their innings, India on their part contributed 11 maximums to take the match total to 32 – another world record for most sixes in a match, two more than 30 scored in the Ireland vs Netherlands match in 2014. For India, Rahul smacked five sixes, Rohit four and Dhoni hit two during their run chase. Earlier for West Indies, the record-breaker Lewis led the carnage with nine sixes, followed by Charles who hit seven. Two each by Andre Russell and Kieron Pollard and one from captain Carlos Brathwaite made it 21. The previous record of 19 sixes was held by the Netherlands against Ireland in 2014.

A match that went down to the wire saw two hundreds in either innings for West Indies and India but Evin Lewis’ ton ended up on the winnings side. For India, KL Rahul scored unbeaten 110 runs but failed to win it for India.