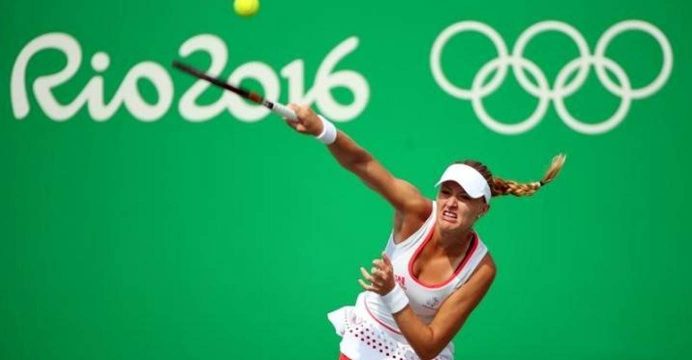 The French Tennis Federation (FFT) has provisionally suspended Benoit Paire, Kristina Mladenovic and Caroline Garcia for “damaging” the organization’s image by their behavior at this month’s Rio Olympics, reports Reuters.

“Following the Rio Olympics, the Committee of the French Tennis Federation met at length about the case of the players who violated the federation and damaged the image of tennis,” the FFT said in a statement.

Paire, seeded 16th at the Games, lost to Fabio Fognini of Italy in the second round. The 27-year-old was kicked out of his country’s Olympic team for spending too much time away from the athletes’ village, local media reported.

Mladenovic and Garcia were suspended for “strongly criticising” the FFT following a mix-up over their clothing.

They said they had not been told to wear the same colored kit for the women’s doubles event in Rio and had to change shortly before their first-round loss to Japan’s Misaki Doi and Eri Hozumi.

The pair won the French Open women’s doubles title in June and are key players in the country’s Fed Cup team which has reached this year’s final against the Czech Republic in November.

The three players, who the FFT said showed an “unacceptable attitude”, will not be selected to represent their country pending a final decision on Sept. 24.