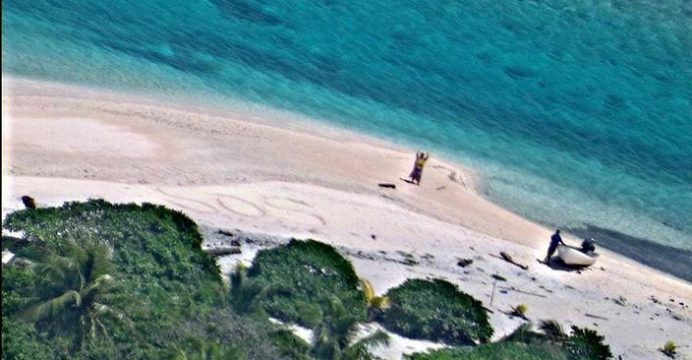 Two people stranded for a week on a remote Pacific island have been rescued after a search aircraft spotted their SOS message in the sand, the US Coast Guard said on Sunday, reports BSS.

The couple, who had “limited supplies and no emergency equipment”, were found on uninhabited East Fayu island in Micronesia by a US Navy air crew, who discovered them on the beach near the makeshift sign, according to the coast guard statement.

The search team was responding to reports that someone on the island was using a flashlight to attract attention when they saw the survivors, the statement said. 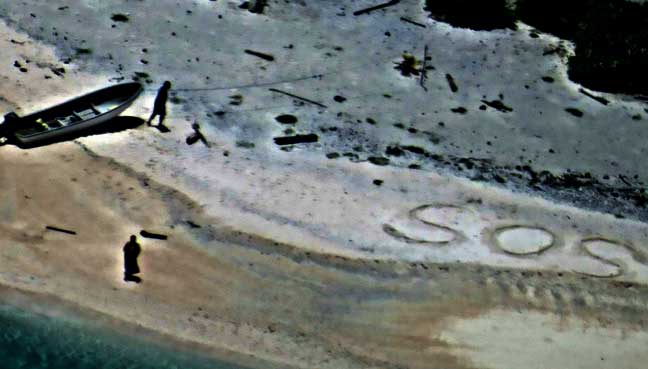 “The search and rescue operation for Linus and Sabina Jack has been successfully completed,” the US Embassy in Kolonia, Micronesia, posted on its Facebook page.

“Since the island was potentially uninhabited and knowing (they) had a flashlight in their boat, we directed our search aircraft to overfly the island.”

The couple had set out from Weno Island in Micronesia in a five-metre (16.4-foot) boat on August 17, but the alarm was raised when they did not arrive at Tamatam Island the following day as expected.

During the week-long search, the Coast Guard said it used 15 vessels and two aircraft to cover an area of nearly 16,600 square miles (43,000 square kilometres) of ocean. The couple was picked up by a patrol boat and taken to Nomwin atoll.