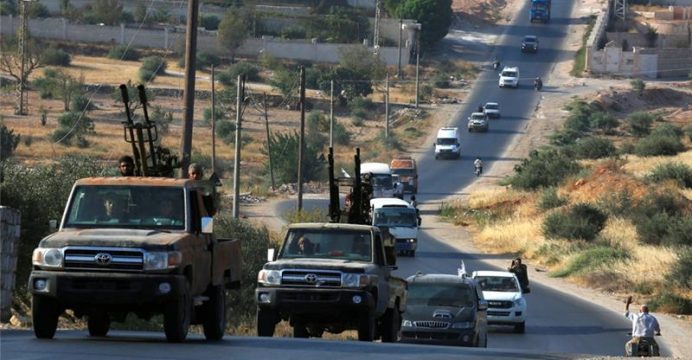 Syria’s Daraya evacuated by rebels and civilians after 4 years

As evacuations from the besieged Daraya area continued for the second day, the first buses carrying Syrian civilians and rebel fighters from the Damascus suburb have reached opposition-held territory in the country’s northwest, a monitoring group has said, reports Aljazeera.

At least five buses carrying fighters and their families arrived in the rebel-held city of Idlib on Saturday, the Syrian Observatory for Human Rights said, as part of the deal that will see control of Daraya handed over to government forces.

Some 300 fighters and their families were evacuated during the first part of the operation on Friday, and activists told Al Jazeera they were expecting up to 1,000 evacuations on Saturday. 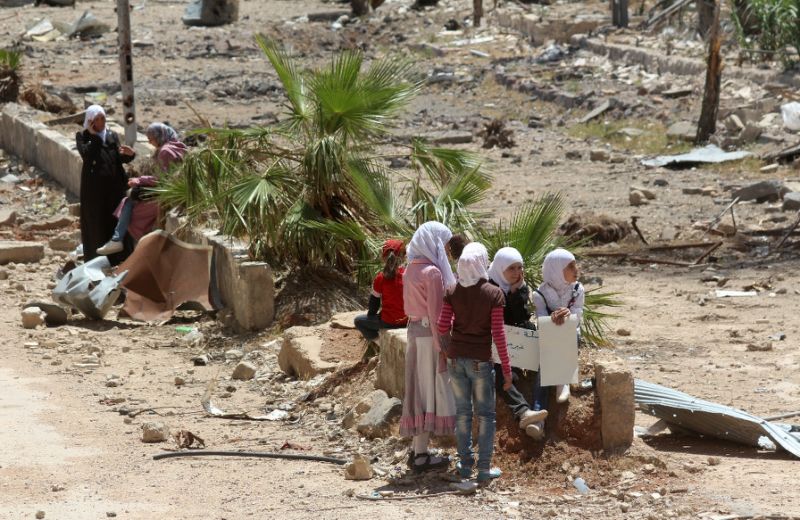 Syrian girls sit holding placards in the town of Daraya

Residents of Daraya, believed to number around 8,000, are expected to be sent to government-run reception centres pending resettlement elsewhere.

Al Jazeera’s Hashem Ahelbarra, reporting from Gaziantep on the Turkish side of the Syria-Turkey border, said there were concerns for those evacuated to government-held areas as there were “no guarantees they wouldn’t be detained or interrogated”.

“The Daraya deal is also being viewed as if the international community is turning its back on the Syrian people,” our correspondent added.

Rebel fighters and government forces agreed to a deal on Thursday to evacuate the suburb, which pro-government forces had surrounded since 2012. Since then, only one aid shipment had reached the area, according to the United Nations.

Residents of the suburb, which, before the war, was home to a quarter of a million people, were suffering from severe shortages and malnutrition prior to the aid deliveries, according to local activists.

Daraya, located just a few kilometres from President Bashar al-Assad’s Damascus palace, was one of the first places to rise up against Assad’s rule and became a symbol of the uprising. The rebels said they were forced to agree to evacuate the town because of deteriorating humanitarian conditions.

The Syrian opposition criticised the evacuation, saying that the international community had failed the people of Daraya.

“Daraya did not fail today,” George Sabra of the opposition peace talks team, told DPA news agency. “It was the international community who failed, and failed the people of Daraya.”

Rebel fighters pulled out of Syria’s third city Homs last year under a similar evacuation deal. According to the UN, nearly 600,000 people live under siege across Syria, most surrounded by government forces.

The Syrian civil war started as a largely peaceful uprising against Assad in March 2011 but quickly escalated into a full-scale war.

Earlier this year, the UN special envoy to Syria, Staffan de Mistura, estimated that at least 400,000 people had died over the last five years.