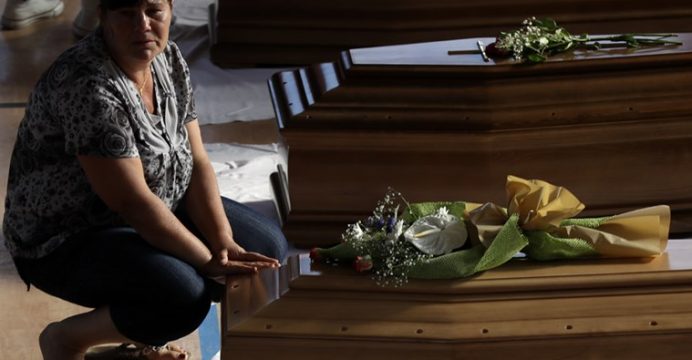 Italy observed a national day of mourning for earthquake victims﻿

Italy observed a national day of mourning on Saturday with flags across the country at half-staff amid a state funeral for dozens of victims of the earthquake which killed 290 people and injured much more, reports Aljazeera.

Italian Prime Minister Matteo Renzi and President Sergio Mattarella attended the state funeral service in the town of Ascoli Piceno for 35 victims of the powerful 6.2 magnitude quake that struck on Wednesday morning.

The first funerals were held on Friday in Pomezia, south of Rome, home of six of the victims, including an eight-year-old boy. According to the most recent official toll, at least 388 people have been hospitalised with injuries. No one has been pulled alive from the piles of collapsed masonry since Wednesday evening. 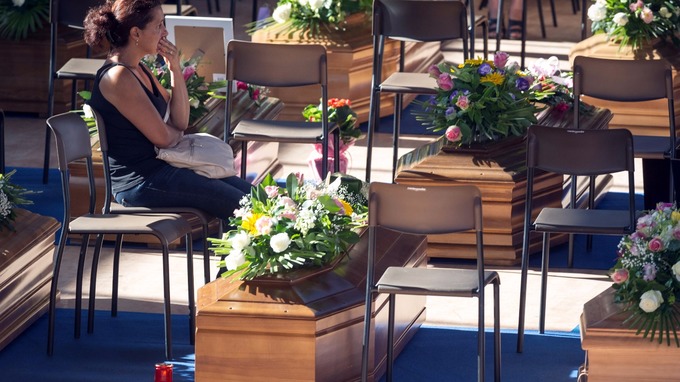 Al Jazeera’s Sue Turton, reporting from the town of Ascoli Piceno in the Marche region, said there was an “incredibly sorrowful” atmosphere at the funeral.

While most relatives who lost loved ones are still in shock, some are angry that it took rescue crews so long to reach badly-hit villages, Turton said. Some are also questioning why supposedly quake-proof buildings collapsed.

“People now want answers… Why did so many buildings collapse?” Turton said, adding that an investigation has begun.

During the funeral service, Bishop Giovanni D’Ercole said he had turned in anguish to God and asked: “And now, what do we do?” He went on to say: “The answer that we can give is silence, hugging and, for me, prayer,” according to DPA news agency.

Italian Prosecutor Giuseppe Saieva is investigating whether the flouting of building safety regulations aggravated the tragedy, amid outrage over the collapse of a recently renovated elementary school in Amatrice, DPA reported.

No suspects have been identified, but according to the La Repubblica newspaper Saieva presumes foul play was involved.

“What happened cannot be considered just a fatality,” as it looks like some destroyed homes were built “with more sand than cement,” the prosecutor was quoted as saying.

More than 900 aftershocks have rattled the region since the quake, which triggered the collapse of hundreds of old buildings across dozens of tiny communities in central Italy.

Some 2,500 people have been left homeless by the quake, and authorities said the priority was to allow them to continue living in their towns, ensuring basic services and accommodation in temporary structures.

Quake experts estimate that the cost of the short-term rescue effort and mid- to longer-term reconstruction could exceed one billion euros ($1.13bn).