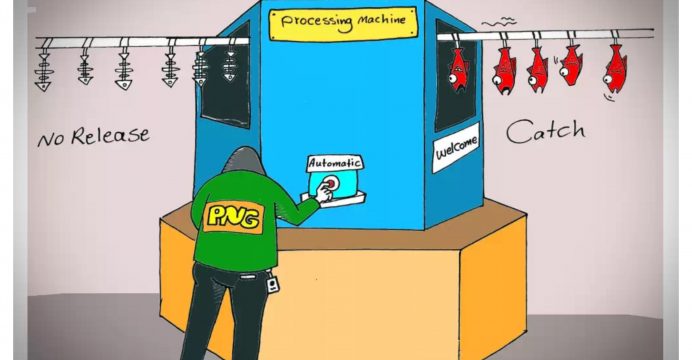 An Iranian refugee held at an Australian-funded detention center in Papua New Guinea has won a political cartooning award for his work depicting life inside the camp.

Ali, a 25-year-old whose pen name is Eaten Fish, has chronicled his three-year detention on Manus Island as he struggles with obsessive compulsive disorder, post-traumatic stress disorder and debilitating panic attacks ,reports Reuters.

Under Australia’s hardline immigration policy, anyone intercepted trying to reach the country by boat is sent for processing to camps on Manus or Nauru in the South Pacific. They are not eligible to be resettled in Australia. 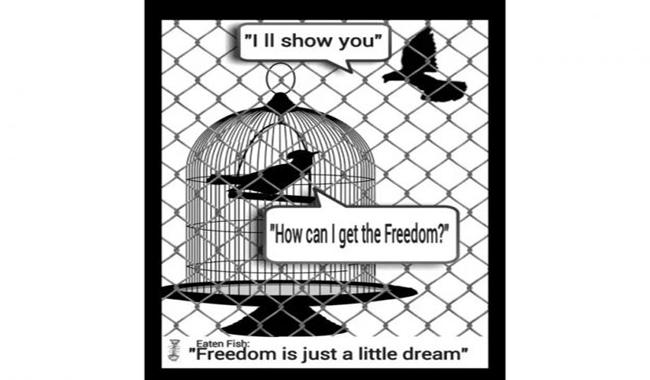 Cartoonists Rights Network International (CRNI) said Ali was recognized for his courage in documenting life under Australia’s offshore detention program – which drew thousands of protesters onto streets across the country on Saturday calling for its closure.

“Eaten Fish has been able to keep up a stream of cartoons documenting the unspeakable abuses and excesses of the guards and administrators of the camp,” Joel Pett, president of CRNI’s board of directors, said in a statement on Friday.

“For this he has been the subject of beatings, deprivation of food, and even worse degrading treatment by the guards.”

Ali’s Australian-based advocate, Janet Galbraith, said the award meant a lot to the young cartoonist – whose work has been published in The Guardian newspaper – but it was also an indictment of Australia’s detention program.

Previous winners have included cartoonists jailed or disappeared for their work.

Galbraith said Ali, who fled Iran due to fears of government persecution, was sick and needed specialist medical assistance.

Australia’s Department of Immigration and Border Protection denied the claims made by CRNI and defended the care provided at the facility.

“The department currently has no evidence that any of these allegations are true,” a spokesman said in an email to Reuters.

Australia and Papua New Guinea said earlier this month the Manus center would be shut but they gave no date for the closure, leaving the fate of about 800 refugees unclear.