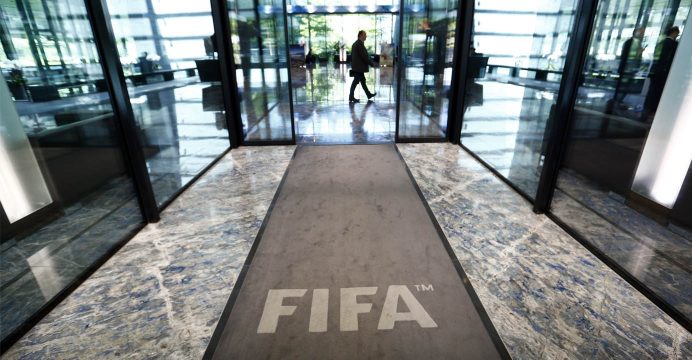 A FIFA ethics investigator has recommended that a senior Qatari official should be banned from the game for at least two-and-a-half years and fined 20,000 Swiss francs ($20,676) over allegations he failed to cooperate with a inquiry, reports Reuters.

The recommendation, announced by the global soccer body’s ethics watchdog on Friday, did not give details on the inquiry. And the official it named – Saoud Al-Mohannadi, vice-president of the Qatar Football Association (QFA) – was not immediately available for comment.

The FIFA watchdog only said the inquiry was not linked to the awarding of the 2022 FIFA World Cup to Qatar – one of the cases at the center of wider investigations and allegations that have rocked the soccer organization since last year.

“The investigation against Mr. Al-Mohannadi concerned his failure to properly cooperate and provide truthful information to the investigatory chamber,” the FIFA panel said in a statement.

Spokespeople for the QFA and for Qatar’s 2022 World Cup Organising Committee both declined to comment.

The punishments against Mohannadi, who is also QFA’s former general secretary, were recommended by one of the FIFA ethics panel’s investigators, Djimbaraye Bourngar, the statement added.

Switzerland has opened a criminal investigation into the decision to award the 2018 and 2022 World Cups to Russia and Qatar respectively.

Former FIFA president Sepp Blatter was banned from all soccer-related activity in December along with the then European soccer boss, Michel Platini.

The bans were imposed for ethics violations related to a payment of two million Swiss francs that FIFA made to Platini with Blatter’s approval in 2011 for work done a decade earlier.