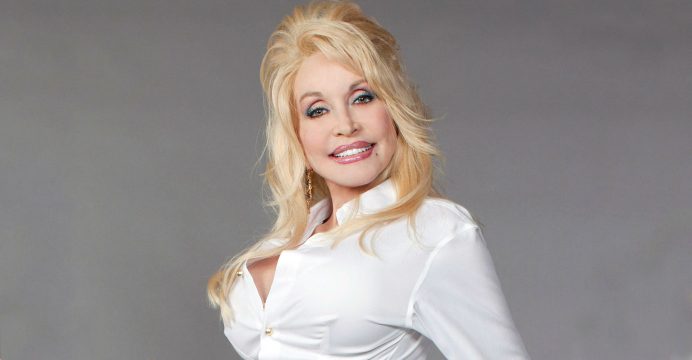 Dolly Parton to act as town whore in a Christmas Movie

Country song queen Dolly Parton to play a prostitute in newly made tv biopic ‘Christmas of Many Colors: Circle of Love,’ the sequel to her wildly successful ‘Coat of Many Colors’ movie.

This will be Dolly Parton’s second movie for NBC. Dolly Parton’s Christmas of Many Colors: Circle of Love, is set to premiere on November 30. The film will, once again, star Alyvia Alyn Lind as a young Parton and Jennifer Nettles and Ricky Schroeder as her parents.

Dolly has a small role in the film as the town prostitute. She told Jimmy Fallon that, when she was young, she patterned herself after the town’s fallen woman. “When I was little, I patterned my look after the town trollop. I thought she was the most beautiful thing, because she had all this makeup, hair, tight clothes and everything I wanted. . . So I thought, why not play the painted lady?”

“This movie is about the time that mama didn’t have a wedding ring and we all saved up money to buy mama a ring for Christmas,” Parton told Rolling Stone Country earlier this summer. “And it’s about a blizzard that about done us in on the mountain years ago.”

Parton has a four-picture deal with NBC, with the next two being fictional, based on her legendary songs “Jolene” and “The Seeker.” She has bigger plans for the latter film, hoping it will become a full series.