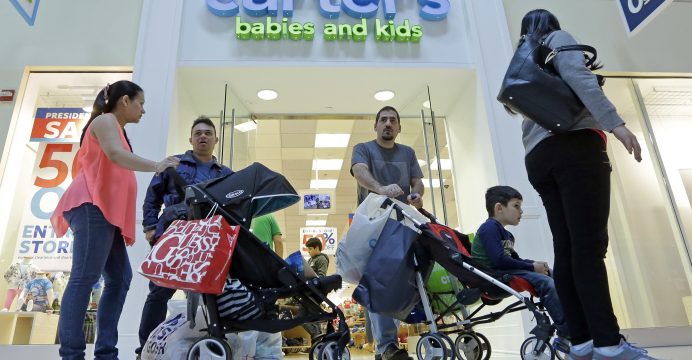 U.S. economic growth was slightly more tepid than initially thought in the second quarter as businesses aggressively ran down inventories, offsetting a spurt in consumer spending.

Gross domestic product expanded at a 1.1 percent annual rate, the Commerce Department said on Friday in its second estimate of GDP. That was modestly down from the 1.2 percent rate it reported last month and also reflected more imports than previously estimated as well as weak government spending ,reports Reuters.

“The very slight downward revision to second-quarter GDP growth isn’t too concerning, especially given that the more recent data point to a strong rebound in the third quarter,” said Steve Murphy, an economist at Capital Economics in Toronto.

The economy has made a strong start to the third quarter with the goods trade deficit narrowing sharply and residential construction rising in July. Demand for manufactured capital goods surged in July, indicating the prolonged downtrend in business spending is abating.

While retail sales were weak in July, a buoyant labor market should continue to support consumer spending. Growth is also expected to get a boost from businesses restocking warehouses after liquidating inventories in the second quarter.

The Atlanta Federal Reserve is currently forecasting third-quarter GDP rising at a 3.4 percent rate. The economy expanded at a 0.8 percent pace in the first quarter. It grew 1.0 percent in the first half of 2016.

Yellen said she believed the case for raising interest rates had been strengthened in recent months by the “solid performance of the labor market and our outlook for economic activity and inflation.”